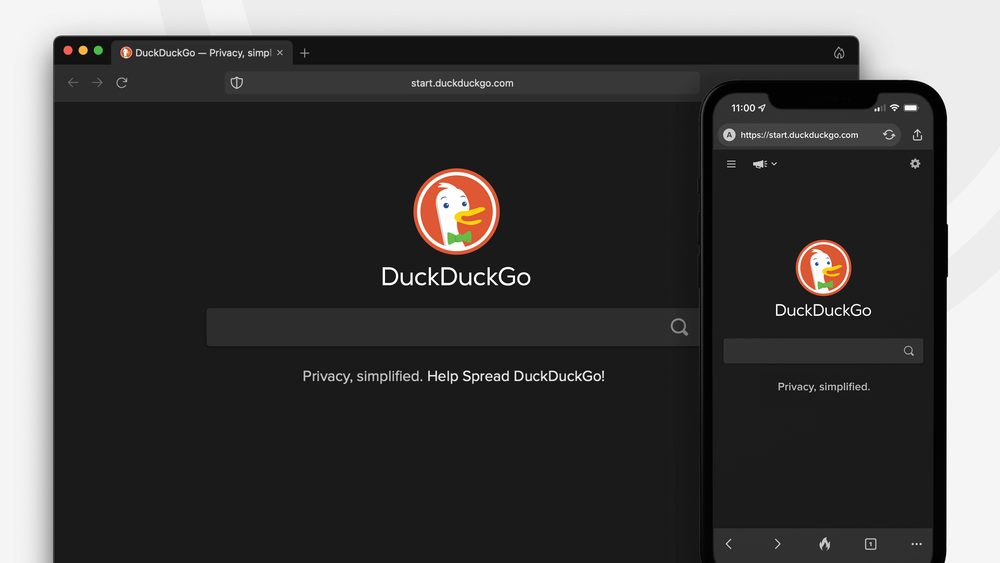 Advertising services use trackers to follow users across websites and profile them. These user profiles are then used to serve interest-based and highly targeted advertisements.

The move follows a May report that revealed DuckDuckGo’s privacy net for trackers excludes those from Microsoft’s Bing and LinkedIn platforms. DuckDuckGo only allowed trackers from the two Microsoft-owned entities — not cookies. However, it will now start blocking even those.

“I’ve heard from a number of users and understand that we didn’t meet their expectations around one of our browser’s web tracking protections,” DuckDuckGo CEO Gabe Weinberg wrote in a blog post.

Weinberg also promised the company would be more transparent about what trackers its products protect users from. To that end, DuckDuckGo has made its tracker blocklists available to the public and also put up a new support page on tracking protections.

DuckDuckGo previously explained that it couldn’t block some trackers because of its search syndication agreement with Microsoft, which is the advertisement partner for DuckDuckGo’s search engine.

Instead of using trackers to deliver highly-targeted advertisements, DuckDuckGo uses contextual ads from partners like Ads by Microsoft.

DuckDuckGo itself does not collect any personal identifiers from users, but it previously noted that Microsoft Advertising may record a user’s IP address and other information when they click on an ad. That information, however, is only used for “accounting purposes” and is not associated with a user advertising profile.

Users didn’t take kindly to the revelation that DuckDuckGo wasn’t blocking some Microsoft trackers on its browser. The company saw significant backlash and was especially knocked on for saying “tracking is tracking” when criticizing Google’s advertising practices.

DuckDuckGo’s VP of communications, Kamyl Bazbaz, told The Verge in an email that the browser was already blocking most Microsoft scripts. “We ran a test to see how much more blocking is happening as result of this new update and based on the top 1,000 websites, we found the increase was only 0.25%.”

The update, which starts rolling out this week, won’t be able to block scripts for bat.bing.com that load only after a user clicks on a search ad in DuckDuckGo. According to the company, these are used on advertisers’ websites to measure ad effectiveness. Other than that, Microsoft’s scripts will be blocked “in all other contexts.”

DuckDuckGo is currently working on bringing its privacy-focused browser to the desktop. The company released a beta version of its desktop browser for macOS earlier this year.

Update (August 9): A DuckDuckGo representative reached out to us after publishing. This story has been updated for accuracy and to clarify what the information collected by Microsoft Advertising is used for.

Elon Musk has been granted a stay in his pending trial against Twitter over his proposed acquisition of the social media company as the two sides continue talks to close the deal on its original terms — reports The Verge. Musk originally offered to buy Twitter for a whopping $44 billion USD back in April....
Nehal Malik
12 mins ago