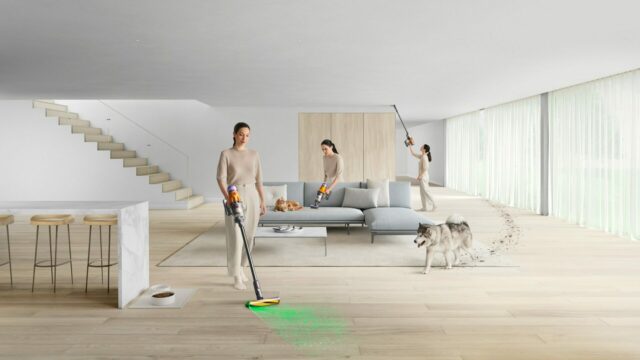 The Dyson V12 Detect Slim Detect Slim is the latest cordless vacuum from the company. As expected, Dyson has iterated on itself to develop a new compact and lightweight model. Taking cues from previous generations, the V12 Detect Slim minimizes the footprint needed while not compromising on performance. 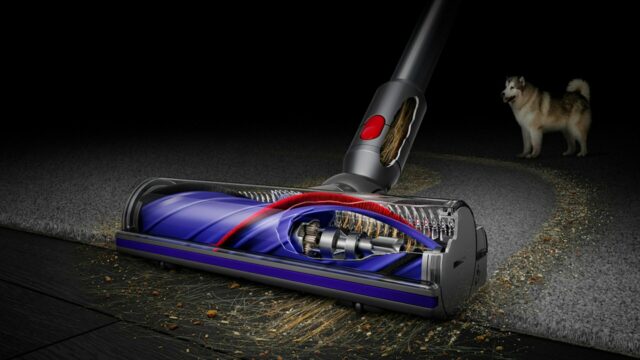 Dyson has developed the V12 Detect Slim to include a single-button power controller. Rather than the power button trigger found on many older models, users must simply click the button to make it easier to use. Users no longer have to worry about holding the trigger down or swapping hands in the middle of vacuuming.

The V12 Detect Slim is available now online and in Dyson Demo Stores around Canada. It starts at $849.99.

As part of this new product launch and refresh, Dyson is introducing its new de-tangling brush bar technology. As a Dyson user, it’s all too common that hair gets tangled and caught in and around the brush bar of my vacuum.

The new brush bar incorporates a detangling comb with hair removal vanes that are angled specifically for the hair to travel indirectly into the cleaner head. This brush bar is paired with polycarbonate teeth and a set of spiralling nylon bristles to provide a streamlined hair removal process. 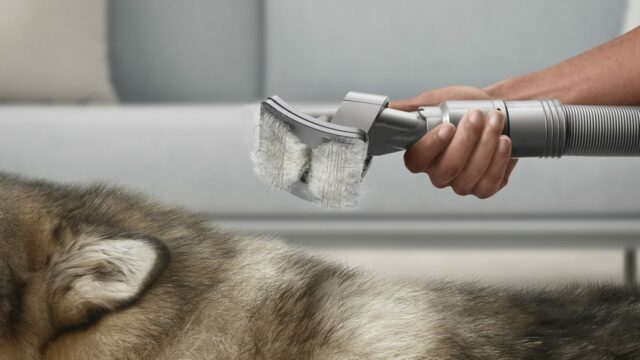 While sticking with the theme of hair, Dyson is also introducing its Pet Grooming Kit. Compatible with cordless machines, the Pet Grooming Kit has been engineered to remove loose hair from your dog (or cat if you’re feeling brave). The kit attaches to the main body of the vacuum or extension hose via an included adapter.

The tool has 364 bristles that are angled at 35 degrees and are flexible enough to capture hair but not be abrasive or harmful to the animal. It’s designed for comfort and efficiency. Once the hair has been collected, a simple press of a button clears the head and the vacuum sucks up the collected hair.

The Pet Grooming Kit will be available later this year in Canada for $69.99.

Dyson is also launching its Scratch-free Dusting Brush. The brush is designed for cars, keyboards, and other more compact areas where dust collects. Dyson’s latest innovation can pick up dust without scratching the surface.

The Scratch-free Dusting Brush features 8,100 ultrafine and densely packed Polybutylene Terephthalate (PBT) polymer filaments. Each bristle is tapered to 0.05mm. The brush also features a rotator cuff to remove dust and debris without damaging the bristles.

Once attached, the tool can bend or twist to 22 degrees. It has a width of 12.5mm and a 254mm reach. This means users can reach underneath and behind larger pieces of furniture without having to move them.

The Scratch-free Dusting Brush and Awkward Gap Tool will be available in Canada later this year for $59.99 respectfully.