Microsoft’s highly-anticipated new ‘Edge Chromium’ browser has just been officially launched for Windows and macOS and is now available as a free download for everyone. According to The Verge, Microsoft will soon update all Windows 10 systems with this new version of Edge which will fully replace the existing built-in browser. 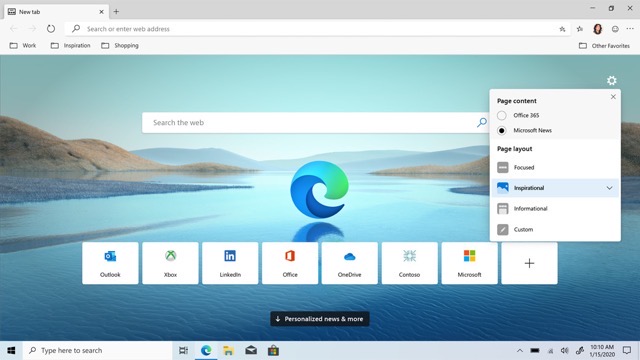 Microsoft’s new browser is based on Chromium, an open-source project run by Google that serves as the foundation of the search giant’s dominant Chrome browser, which is why Edge is very similar to Chrome and even includes support for Chrome extensions.

Where Microsoft’s Edge differs from Google’s offering is new features like Collections, which allows you to collate images and content from the web, and tracking prevention. Users can choose from three different levels to avoid being tracked on the web in Edge, with the default setting blocking trackers from sites they haven’t visited before.

“So why even switch to Microsoft’s Edge Chromium browser? Microsoft is banking on enterprise users switching to get access to features like Internet Explorer mode, which lets businesses load legacy IE sites within Edge automatically. The added tracking features, Collections, and support for 4K Netflix with Dolby Atmos and Dolby Vision will also be important differentiators over Chrome.”

You can download Microsoft Edge Chromium for macOS and Windows at this link.