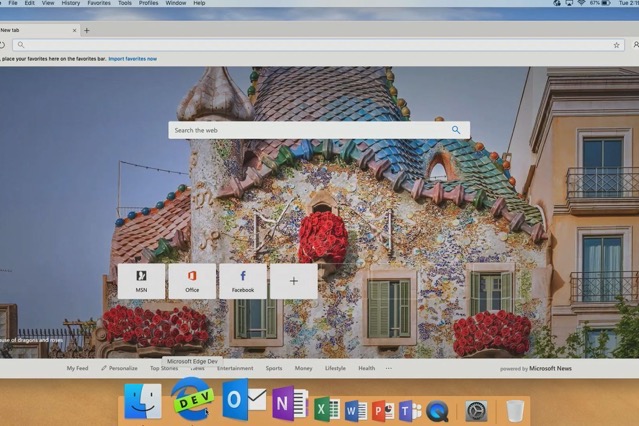 Only last month, Microsoft released its Edge Chromium browser as early Canary and Dev builds for Windows 10 users and today, the company has teased a macOS version revealing how the browser will look like on Apple’s desktop OS (via The Verge). Microsoft has, however, not yet announced any specific dates for its release.

“During the company’s Build 2019 developer conference, Microsoft is announcing new features for Edge on Windows and teasing the upcoming macOS release. We understand that the release will be available very soon, and Mac users should be able to access both the Canary and Dev builds of Edge just like Windows.”

For those who aren’t familiar, Chromium is an open-source project run by Google that serves as the foundation of the search giant’s dominant Chrome browser. The two applications share most of their features, most notably the Blink web page rendering engine and the V8 system for processing JavaScript code.

Last year, Microsoft announced that it will adopt the Chromium open source project for its Microsoft Edge web browser on the desktop “to create better web compatibility for our customers and less fragmentation of the web for all web developers.”

While Microsoft’s implementation of Chromium on Edge has shown good performance improvements on Windows, it remains to be seen whether we’ll see similar improvements on the macOS as compared to Google Chrome or not.