Edmonton city civil servants have unveiled a series of new rules that oversee ride-booking services like Uber and TappCar, as the city takes action to prevent misconduct from the companies’ drivers. 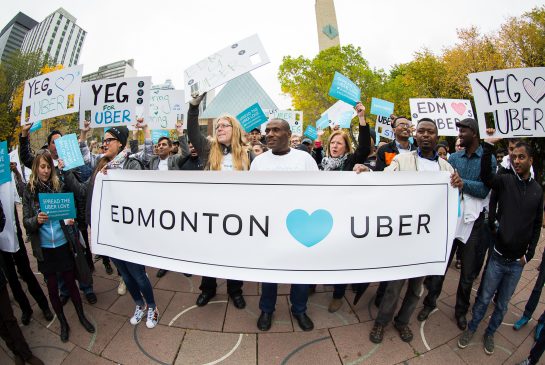 According to a new report from Metro, Edmonton staff have proposed new rules that would require ride-sharing services to pay a higher per-trip fee in Edmonton. Additionally, drivers would have to remove decals from their vehicles to prevent on-the-street hails. On top of that, drivers would be subject to much harsher fines when caught breaking the law.

Calvin Chan, Edmonton city planner, said these proposed changes are being made in order to ensure that ride-sharing users are receiving safe and reliable service. Additionally, the propositions intend to “level the playing field” for both ride share companies and taxis.

“We don’t want to favour one service over the other,” he said.

If the proposal is approved, driver fines would increase from $250 to $1000 when drivers fail to provide required documentation to authorities. The same fee increases would apply to drivers caught accepting a hail. If subsequent offenses occur, these fines would double

In addition to increased fines, Edmonton is increasing its per-trip fee, which companies like Uber and TappCar pay to the city, from 6 cents to 30 cents. Edmonton also plans to track the amount of rides by requiring ride-hailing companies to submit their trip records. This allows the city to ensure that the companies are indeed paying their share.

“All the personal information [of users and drivers] will be stripped out of [those records],” he said.

Finally, all decals from the drivers’ cars will be required to be removed, as the signage tends to be large and noticeable, encouraging more hails.

City councillors will discuss the proposed changes Monday, which need official approval from all council later this month. If it goes ahead, the rules would take effect on July 15, reads the report.