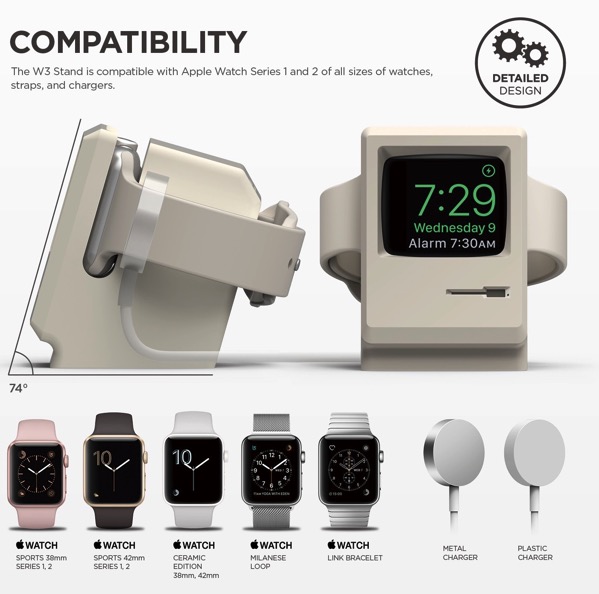 Elago’s W3 charging stand for Apple Watch 1 and 2 lets you view your wearable’s display through a blast from the past, thanks to its vintage design based on the original Macintosh computer. Available for US $13.49 via Elago’s online store, the Nightstand Mode-only stand has a slot for the Apple Watch’s charging puck and a small compartment that you insert your Watch into, supporting both 38mm and 42mm versions.

DISCLAIMER: Charging Cable and Apple Watch are NOT INCLUDED.

You can also purchase the Elago W3 charging stand on Amazon.ca for $8.67 from a third party seller.

Amazon today announced at its special event an update to its best-sounding Echo speaker, the Echo Studio. This speaker is now available in Glacier White, joining Charcoal, while it also gets some enhanced audio technology updates, that will be available for all existing and new users. New custom spatial audio processing technology and frequency range […]
Gary Ng
1 min ago

Amazon announced on Wednesday a new lineup of Fire TV Omni televisions, this time with QLED and also its “smartest TV lineup ever.” The new Fire TV Omni QLED Series is available in 65 and 75-inches, with 4K Quantum Dot Technology (QLED) displays and full-array local dimming for up to 96 zones. Dolby Vision IQ […]
Gary Ng
22 mins ago