Elder Scrolls: Blades Coming to iOS and Android This Fall 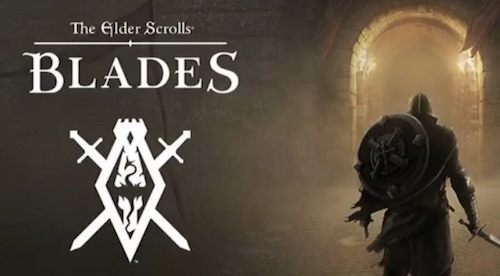 According to the developer, who made the announcement at its Electronic Entertainment Expo (E3) showcase today, users will be able to play against people in VR from their phones.

For those who aren’t familiar, Elder Scrolls: Blades is a first-person RPG that lets you tap to move or use dual-stick controls to combat and follow specific movements and timings with your touch or stick. The game will have hand-crafted and “procedurally generated dungeons” with a couple of new game modes. “It harks back to the Arena, the first Elder Scrolls game in 1994”, said Bethesda’s Todd Howard.

“It has a couple of modes: The Abyss is a roguelike endless dungeon; Arena is 1-on-1 combat and you can build a town as well. You can create players and use melee weapons and ranged weapons and magic, too. It looks to be a full RPG experience adapted for mobile, not just a big IP that takes an existing mobile game genre. It looks innovative.”

The game will also release on consoles and PC at a later date, though no details regarding that have yet been made public.