The new generation of Eve Thermo features capacitive touch controls and an integrated temperature display to directly monitor and adjust the target temperature. Like all Eve products, Elgato’s HomeKit enabled thermostatic radiator valve works right out of the box, eliminating the need to spend extra on a bridge device or starter pack. Eve Thermo retains all the features of its predecessor and uses reliable control technology from Eurotronic, one of Europe’s market leaders in electronic radiator control systems. 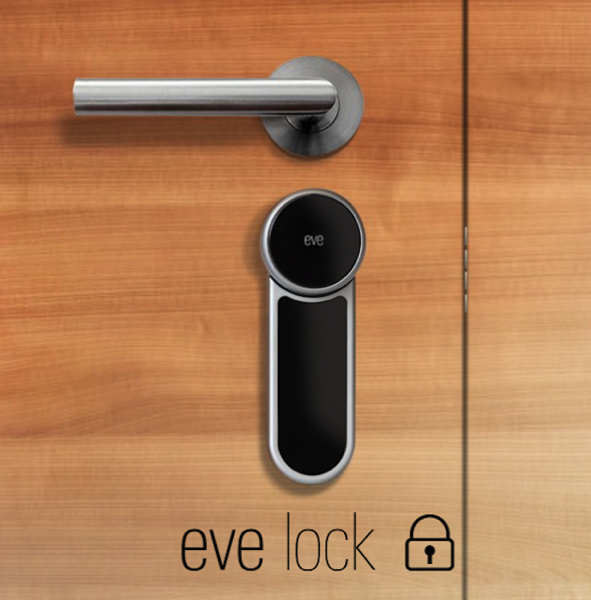 Eve Lock turns your door into a self-locking entrance, securing it automatically against break-in attempts. As soon as you close the door behind you, Eve Lock will secure the latches and bolts so the door is safe at all times. Use Siri, Apple Home or the Eve App to monitor and control Eve Lock. Thanks to HomeKit, you can safely grant access to a visitor even when you’re away from home. Eve Lock, which is powered by an internal battery and uses Bluetooth, is developed in cooperation with Yale, an ASSA ABLOY Group company. 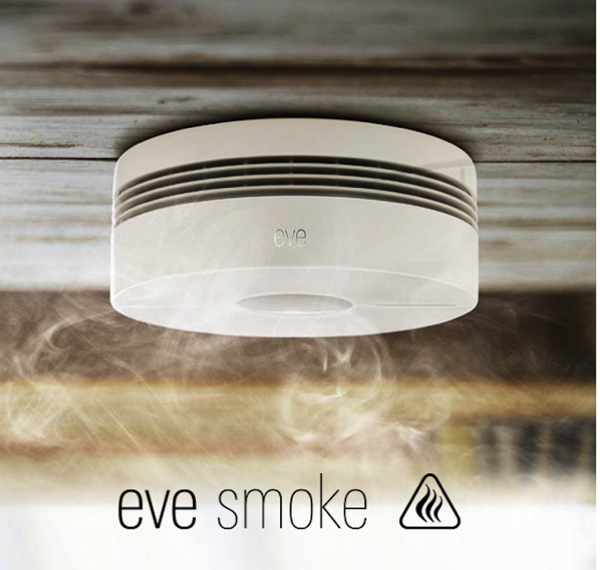 In the case of fire, Eve Smoke will not only set off a loud, pulsating tone but also HomeKit notifications and scenes. Eve Smoke is smart enough to not only monitor your rooms but also its own health. Use Siri, Apple Home or the Eve App to check the detector’s state or access its settings. Thanks to energy efficient Bluetooth technology, Eve Smoke offers a battery lifetime of ten years. It relies on proven smoke detection technology by Hager, a leading provider of electrical installation and security technology. 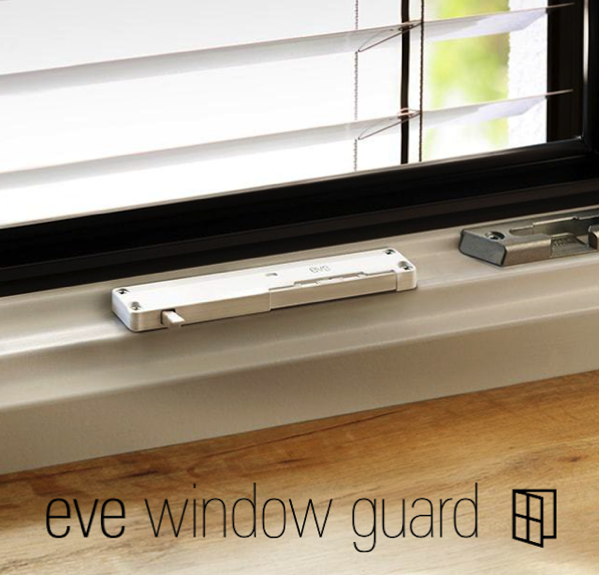 Eve Window Guard senses tamper force on a window and detects if it is open, closed or tilted. When it changes its state, Eve Window Guard will send a HomeKit notification to your iPhone. The Bluetooth sensor is a HomeKit enabled version of the patented one-piece EiMSIG sensor design that slots into your window frame, completely out of sight.

With Eve Aqua, sprinkle your lawn without lifting a finger. The battery powered, Bluetooth enabled controller will automatically water in accordance with custom schedules, or upon a voice command to irrigate your flower beds. . What’s more, Eve Aqua tracks your watering activity, empowering you with insight to better cater to your garden’s needs.

Canadian and U.S. availability and pricing of Eve Aqua, Eve Lock, Eve Smoke and Eve Window Guard will be announced at a later date. Eve Thermo is priced at 69,95 Euro and will be available in Germany and select European countries from September 26th via Amazon.