Following Tesla CEO Elon Musk’s announcement to terminate the merger agreement to buy Twitter, the social media network said it will take legal action against the billionaire, to which Musk has now responded with memes featuring actor Chuck Norris (via CNET). 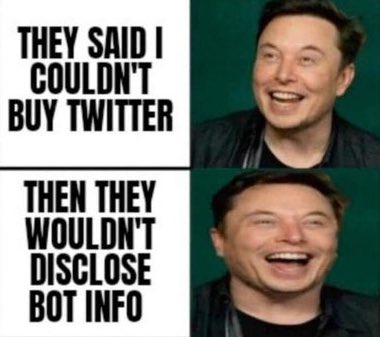 Last week, Musk pulled out of a $44 billion deal to buy the social network, alleging that Twitter breached the agreement by failing to provide more information about the number of fake accounts on its site.

Today, Musk tweeted a series of captions highlighting his take on the situation.

This was followed by another tweet featuring martial artist Chuck Norris.