Apple’s fight with the European Commission (EC) over its tax practices has just reached the second round: the iPhone maker has filed an appeal with the European court of appeals asking the court to partly annul the EC’s decision on receiving state aid from Ireland and order the Commission to pay its costs (via AppleInsider). 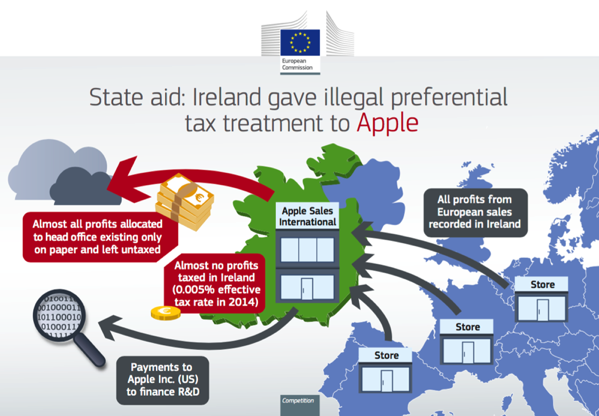 To support its position, Apple relies on fourteen pleas in law (one for every billion dollars the EC ordered Apple to pay). The filing was introduced by Apple on Monday and says that the Commission erred in its interpretation of Irish law. Apple (here, Apple Sales International and Apple Operations Europe, both based in Cork, Ireland) considers that, as a non-resident Irish company, it was only liable to pay Irish corporation tax, which taxes profits attributable to activities performed by their Irish branches. Back taxes are being applied to worldwide profits, Apple says.

“The Commission failed to recognise that the Irish branches carried out only routine functions and were not involved in the development and commercialisation of Apple IP which drove profits”, the fourth plea in law reads.

Apple’s tax practices were analyzed during a two-year investigation launched by the EC. The Commission concluded that Apple’s European profits were illegally low and that Ireland gave Apple illegal tax benefits, and ordered the company to pay USD$14 billion (CAD$18 billion) in back taxes.