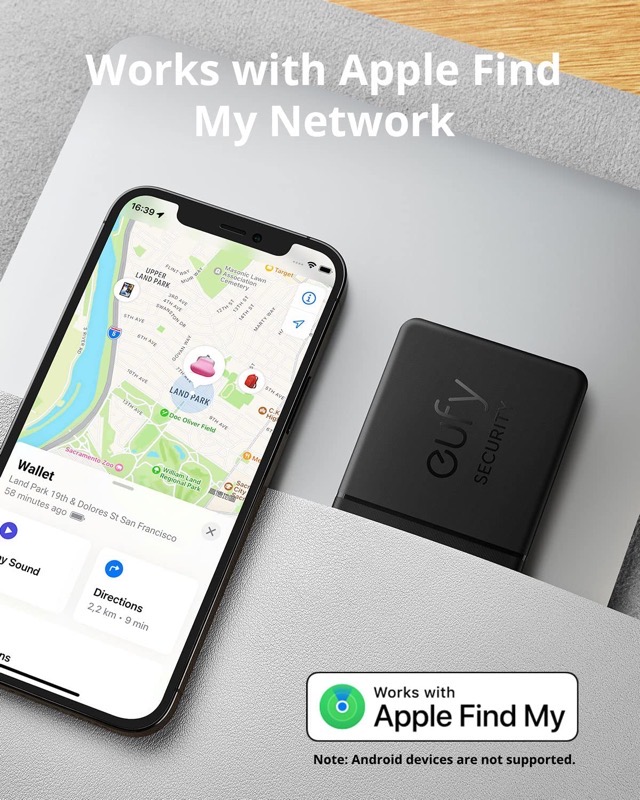 Anker’s eufy security brand announced its SmartTrack trackers last fall and they are available for $29 on Amazon.ca, $10 cheaper than Apple’s AirTag, while also using the Find My network from the iPhone maker.

At CES 2023, eufy Security unveiled its SmartTrack Card which is slim enough to fit inside a wallet as it is 2.4mm thick, or bag such as your luggage. Using Apple’s Find My app, like eufy’s SmartTrack, you’ll be able to locate your items. Its physical dimensions are 85 × 54 × 2.4mm.

Eufy says the SmartTrack Card has a water-resistant coating, plus a non-replaceable battery that lasts up to three years. Another feature is a built-in alarm that can be heard even if the card is covered, or located “several rooms away”. The back of the card has a QR code for strangers to scan should they locate your lost SmartTrack Card.

Like the SmartTrack tracker, the SmartTrack Card also lets you ping your iPhone so you can locate it, plus also share your items with friends using the eufy Security app.

The Chipolo Card Spot is an alternative wallet tracker and also uses the Apple Find My network.

The SmartTrack Card is priced at $29.99 USD on Amazon.com, but will soon make its way to Amazon Canada soon as the placeholder is already there; pricing unavailable as of writing.