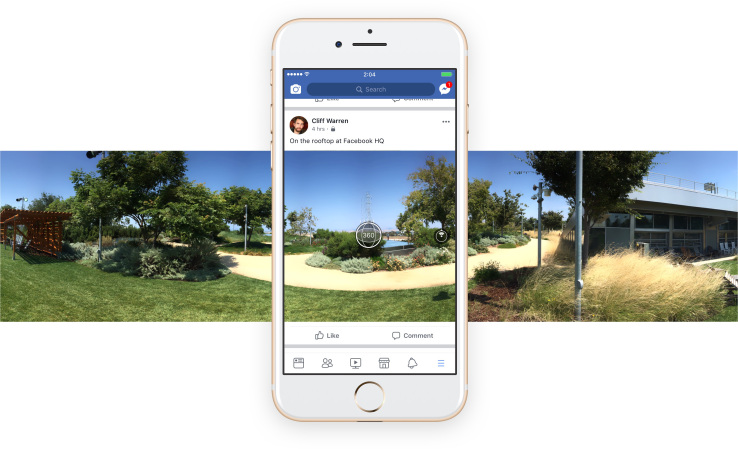 Facebook has allowed users to upload and view 360-degree photos for a little over a year now, but they’ve never provided a way to capture them.

Starting today, both the iOS and Android version of the Facebook app will allow users to capture 360-degree photos without the need for a third-party app or camera. However, since no phone today has a 360-degree camera built in, the process of taking these photos resembles a panorama. 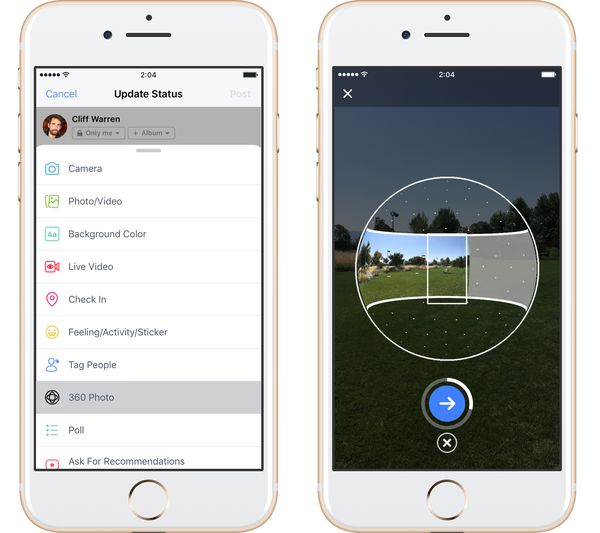 In order to create a 360-degree photo in the Facebook app, scroll to the top of the News Feed and tap the “360 Photo” button. After you have captured the photo, you can share it on Facebook or even set it as your cover photo.

If you are looking to capture 360-degree videos, you will still need to capture it with a camera like the Samsung Gear 360, Insta360, or Nikon KeyMission 360.