Facebook Brings Back Polls in Messenger With New Look and Feel

Facebook has today announced that is bringing back the Polls feature to Messenger, allowing users to coordinate activities and share opinions by voting in their group chats. The feature is now also available on the Messenger desktop app for both macOS and Windows. 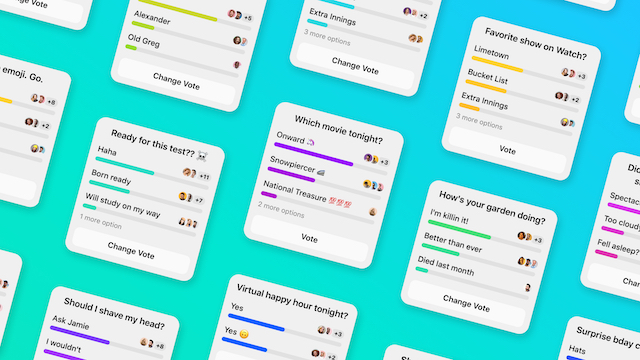 For those who aren’t familiar, Polls are easy to use and let you skip lengthy discussions by giving people in a chat the opportunity to weigh in on a specific question or topic. Power users of the previous version of Polls will also notice a refreshed look and feel with new colours and an updated vote button.

Here’s how Polls work in Messenger:

Participate in a Poll:

All group threads with more than 2 people can use the Polls feature in Facebook Messenger.