Facebook CEO Mark Zuckerberg said Friday that the social network will start labeling content it finds newsworthy but would violate its rules. 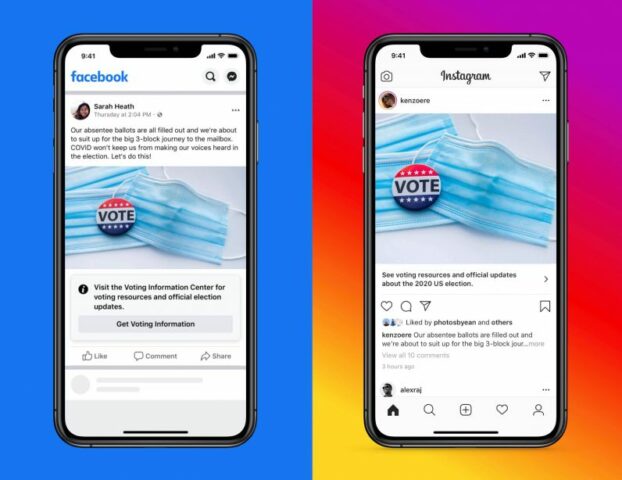 In a new post, the chief executive said that Facebook will also bar a wider category of hateful content in ads, a move that comes as Coca-Cola, Honda, and other major brands pull ads from the social network in protest.

Facebook will ostensibly have a “higher standard” for hateful content in advertised material. This means that its artificial intelligence and human moderating strategies will allegedly be quicker at spotting rhetoric that targets “people from a specific race, ethnicity, national origin, religious affiliation, caste, sexual orientation, gender identity or immigration status.”

The company will also start attaching links to posts about voting, including from politicians, that direct users to its new Voting Information Center. The links will help Facebook tackle trickier posts in which it’s unclear if the user is trying to suppress voting, such as claims that a city has been identified as a COVID-19 hotspot.

The change comes as a part of a broader set of initiatives to fight misinformation during the election season. Specifically, Zuckerberg says:

A handful of times a year, we leave up content that would otherwise violate our policies if the public interest value outweighs the risk of harm. Often, seeing speech from politicians is in the public interest, and in the same way that news outlets will report what a politician says, we think people should generally be able to see it for themselves on our platforms.

We will soon start labeling some of the content we leave up because it is deemed newsworthy, so people can know when this is the case. We’ll allow people to share this content to condemn it, just like we do with other problematic content, because this is an important part of how we discuss what’s acceptable in our society — but we’ll add a prompt to tell people that the content they’re sharing may violate our policies.

Moreover, the Facebook CEO clarifies that “there is no newsworthiness exemption to content that incites violence or suppresses voting. Even if a politician or government official says it, if we determine that content may lead to violence or deprive people of their right to vote, we will take that content down.”

Zuckerberg says that the new labels will provide more transparency as to why Facebook has opted to leave certain posts up, while Facebook will also still allow sharing and discussion of such, despite the warning label.