Facebook Limits Forwarding on Messenger to Five People or Groups 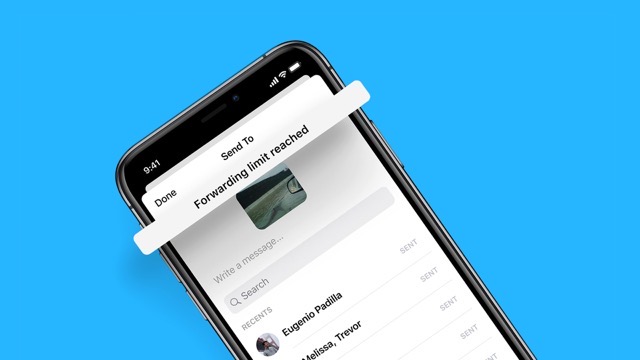 To curb the spread of viral misinformation and harmful content, Facebook has today announced a new forwarding limit on Messenger, which allows messages to be forwarded to five people or groups at a time.

We believe controlling the spread of misinformation is critical as the global COVID-19 pandemic continues and we head toward major elections in the US, New Zealand and other countries.

We are introducing a forwarding limit on Messenger to help curb the efforts of those looking to cause chaos, sow uncertainty or inadvertently undermine accurate information.

Earlier this year, Facebook introduced features like safety notifications, two-factor authentication, and easier ways to block and report unwanted messages, and now, this new forwarding limit provides yet another layer of protection by limiting the spread of potentially harmful information.