As highlighted by TechCrunch, some Facebook Messenger users are experiencing keyboard issues on iPhone, which is apparently caused by a bug that affects typing inside the app. Users are reporting that the Messenger app freezes after they type a couple of words in a chat bubble, while other apps are working fine. 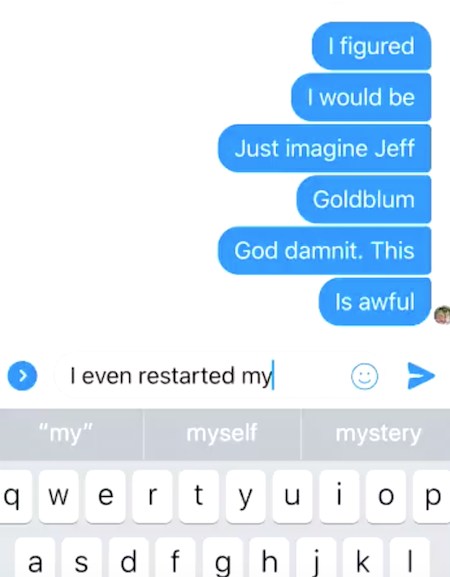 The glitch, which reportedly isn’t fixed by closing and reopening, or even reinstalling the app for some users, has been confirmed by Facebook as well. The social networking giant has said that it is already looking into the issue, although there’s no word from the company on what is causing it and how it plans to fix it.

TechCrunch’s own Josh Constine was hit by the problem and he found that closing and reopening the app didn’t fix it. Likewise, other users tried deleting and reinstalling Messenger but all to no avail, the bug persisted.

The issue isn’t affecting everyone, but enough of them to make the problem visible on Twitter, where some went to vent their frustration.

Messenger
Please
Let us type
More than
A few words
At a time
Thanks.

Let us know if you’ve been experiencing the issue as well, and if anything helped you fix it on your iPhone.

Apple's VP of Platform Architecture and Hardware Technologies Tim Millet and VP of Worldwide Product Marketing Bob Borchers recently sat down for an interview with TechCrunch where the pair talked about the tech giant's homemade M-series chips, gaming on Macs with Apple silicon, and more. Millet, who has been at Apple for almost 17 years and...
Nehal Malik
57 mins ago