Facebook Messenger for Mac and Windows is Coming and More [u] 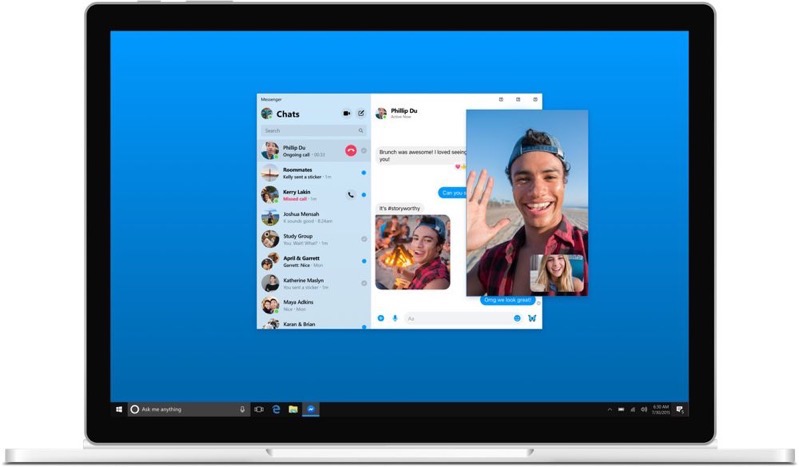 Facebook is set to kick off their annual F8 conference, and ahead of the debut, the social network accidentally published (it has since been removed) a blog post revealing Messenger apps are coming for the Mac and Windows and more.

With Messenger on the Mac and Windows, users will be able to access their messages, perform voice and video calls and other features of the chat on the web, but in a native app, expected to be released later in 2019.

Also new is a new version of Messenger dubbed “Project LightSpeed”, able to launch in under two seconds and only come in at 30MB. This new faster version will be written on “an entirely new code base,” and will “take time to roll out.”

As for Messenger, Facebook says it plans to roll out end-to-end encryption by default, but no timeframe was noted. We’ll update this post accordingly when Facebook shares official details of the launch.

Facebook recently revealed there are now over 500 million active daily users on their Stories platform, as noted during their Q1 earnings call.

Trust of Facebook in Canada is at 28% of Canadians, according to one survey. Meanwhile, Canada’s privacy commissioner recently stated the social network violated Canadian laws during its role in the Cambridge Analytica scandal, which saw 622,000 users affected by the data leak.

Update: Facebook has officially announced details at F8 of what’s new and coming soon to the social network.

Soon, you’ll be able to watch videos with friends within Messenger at the same time, in real-time, either within messaging or in a video chat. Testing starts now and will be available globally this year.

Also coming is a new dedicated space in Messenger sole for Stories and messages from your closest friends and family, coming later this year.

For businesses, they will soon get lead generation templates within Ad Manager, plus the ability for people to book appointments within a Messenger chat.