Facebook has resolved a disagreement with Apple about how paywalls should factor into the social network’s app on iOS, resulting in model that should give publishers 100% of subscription revenues. 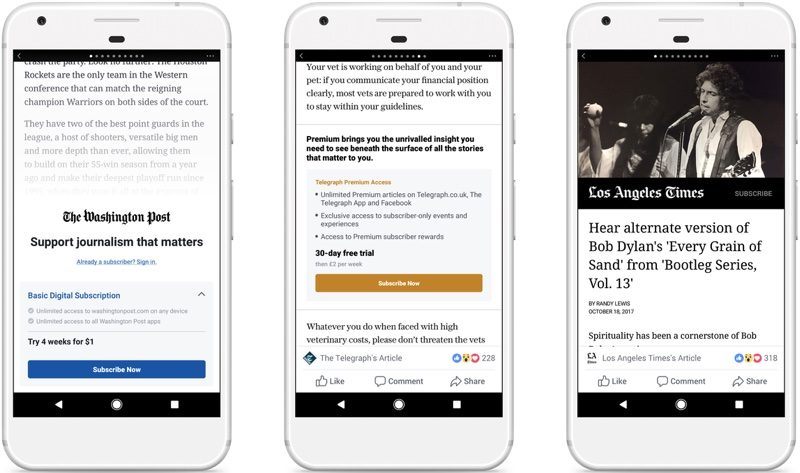 While Facebook has previously experimented with a publisher subscription page on Android, there had been a hold-up in rolling this feature into iOS due to a disagreement over Apple’s tax on subscriptions, reads a new report from TechCrunch.

“We’re working now on a subscription product that we’re moving forward with on iOS on March 1st, which is a breakthrough. We had a hold-up there,” said Campbell Brown, head of news partnerships for Facebook. Asked to clarify what changed with Apple, Brown said “It’s resolved.”

On March 1, Facebook will roll out a paywall tool for its instant articles feature that will direct readers to a publisher’s website after they access five stories, Brown and product VP Adam Mosseri told attendees at Code Media in Huntington Beach, California, on Monday afternoon. Facebook also is working on a news section in its video tab, Watch.

“We are, for the first time in the history of Facebook, taking a step in trying to define what quality news looks like and try to give that a boost,” said Brown.

Brown seemed to imply that Facebook would not entertain the idea of paying publishers for their content, something that Rupert Murdoch recently suggested the social network should do, but she later hedged on formally taking a stance, noting, “I would never say never to anything.”

Meanwhile, adding a news section within Watch will be a change in strategy for Facebook, which has focused on entertainment videos during the platform’s first six months.

Facebook has recently been testing a “downvote” feature with some of its users as the social media giant continues its efforts to clean up its platform and reputation.