Facebook Launches ‘Security Checkup’ Tool in Canada and Beyond

If you’re an avid Facebook user, the social network has announced the launch of its Security Checkup tool in Canada and globally, after first testing it in the U.S. back in May.

Starting today, you can try a new tool called Security Checkup that makes it easier to find and use the security controls for your account.

Sometime over the next few weeks, you’ll see a reminder at the top of your News Feed. Click “Get Started” and follow the prompts through three easy steps. 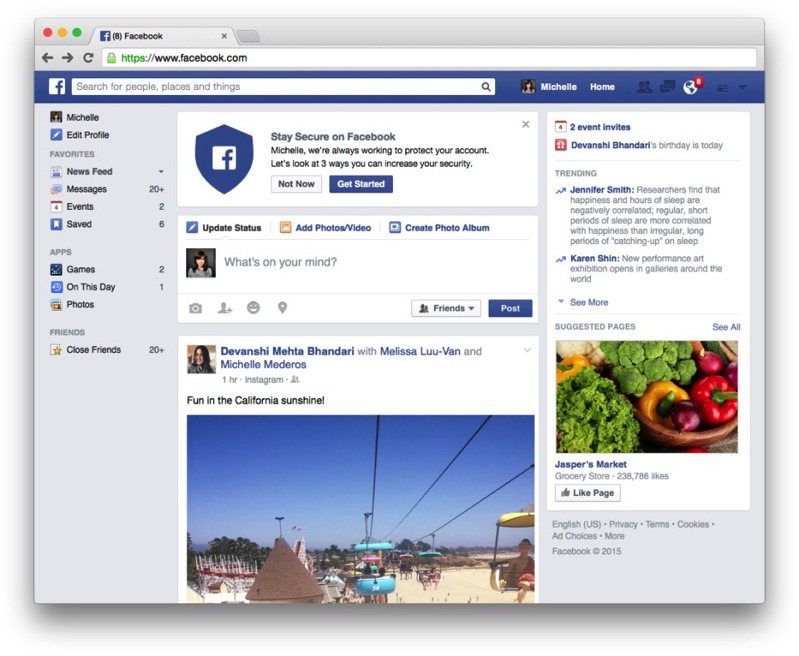 The desktop rollout will take place over the next few weeks (mobile will be coming soon), when you’ll see a prompt at the top of your News Feed asking you to protect your account through three steps. You’ll be able to quickly see which devices you’ve logged into but have forgotten about, get the option to enable Login Alerts, and be prompted to create a stronger password if you wish to do so.

Melissa Luu-Van, from Facebook, developed Security Checkup and told The Star, the company takes security very seriously, but users aren’t aware of the tools available or how to utilize them, saying “We sometimes hear that security can be kind of complicated and overwhelming, and we’re really trying to change that.”

With the amount of information people put on Facebook, taking a minute or two to secure your account makes sense. You can also enable two-step authentication with Facebook as well.

Here’s how to turn it on via your desktop:

With Facebook for iOS, you can either use the app’s built-in code generator, or enable a third party app like Google Authenticator, or 1Password’s built-in 2-factor feature. If you choose the third party option, it’ll display a QR code for you to scan or manually type in.

To setup 1Password as your 2-step code generator, you’ll need to edit your existing login, add a new ‘Section’ titled ‘2factor’ (or whatever you want to call it), and manually enter the QR code shown from the Facebook app to set it up.

Facebook did not reveal how many are using this new privacy tool, but said 9 out of 10 people who started Security Checkup completed the steps.