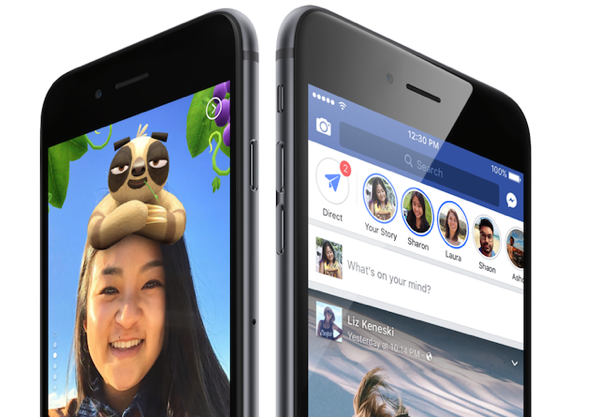 According to an exclusive report by TechCrunch, Facebook has today revealed that it is opening up the Stories feature to Pages, which will be rolled out over the coming month to all Facebook pages, including brands, news publishers, athletes, entertainers and nonprofits. The company said it was encouraged by how Instagram users have embraced Stories from public figures and brands like fashion companies.

Facebook product manager Amy Sun tells TechCrunch “We’ve been listening to our community and working to make it fast, fun and easy for people and Pages to create Stories on Facebook. Over the coming month, Pages will be able to create Stories to share with the people who follow them.”

People will see Facebook Stories from Pages they follow or Like in the Stories section on mobile and desktop. Page admins will see a “Create Story” button on the mobile app when viewing their Pages. This content won’t show up on the News Feed unless posted there as well, and will disappear in 24 hours like all Stories.

The social networking giant says that by enabling Stories for Pages, it hopes to see “behind-the-scenes” looks inside companies and the polished marketing campaigns that end up in the traditional Facebook feed. The feature will allow news publishers and entertainment personalities “to quickly shoot intimate content that differs from the traditional text-based articles and glossy videos generated by or about them”.

So far, Facebook has not yet shared a daily user metric for its Stories feature, despite Instagram Stories hitting 100 million merely two months after launching. In comparison, Snapchat has 173 million daily users for its entire app.

Apple and Swedish mobile telecom gear maker Ericsson today announced that they have signed a multi-year, global patent license agreement that will effectively put an end to a long-running legal spat over 4G, 5G, and other cellular technology patents. "We are pleased to settle the litigations with Apple with this agreement, which is of strategic importance...
Nehal Malik
46 mins ago