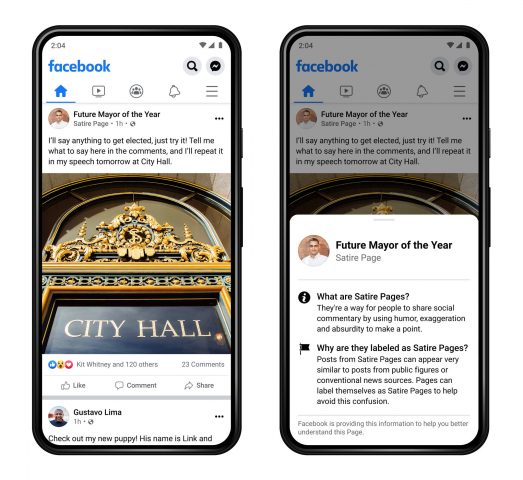 Facebook has announced that it has begun testing the application of labels on Pages to better assist users in identifying the context of what they are reading.

On Twitter, Facebook Newsroom announced the new measure being applied to Pages. These contextual labels will seek to highlight whether a Facebook Page is a “public official” page, “satire”, or a “fan page”. Posts from Pages will regularly appear on a user’s News Feed once they have subscribed to the page. Testing of this feature is said to start in the US.

Starting today in the US, we’re testing a way to give people more context about the Pages they see. We’ll gradually start applying labels including ‘public official,’ ‘fan page’ or ‘satire page’ to posts in News Feed, so people can better understand who they’re coming from. pic.twitter.com/Bloc3b2ycb

Based on the information described by Facebook, the feature should help users in realizing whether the news they are reading is from an official source or if it is more tongue in cheek ie: Bloomberg versus The Onion. Implementing labels on Pages should help reduce confusion and the accidental sharing of misinformation on the social media platform.