The Security Checkup will popup over the site, prompting users to explore different options that can increase the level of security for their account. From that popup, Facebook will walk the users through password security options and show which devices and services have access to their account. 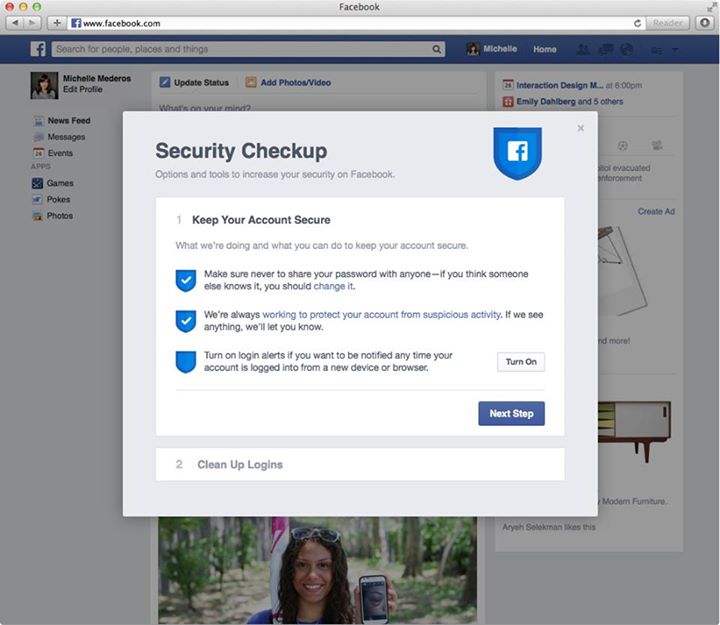 The feature will make it really easy to catch any malicious logins. These tools are already available to Facebook users, however, Security Checkup makes them a lot easier to find.

“Today, we are starting to test a new tool that quickly guides you through a few of the options that anyone can access on their security settings page. If you see the test, you will be able to change your password, turn on login alerts, and clean up login sessions simply by clicking through the screen prompts. Based on feedback, we hope to make Security Checkup available more broadly and whenever you want to use it.”

The update to Facebook is a minor addition, but it’s an interesting one. Security Checkup forces itself into view and encourages users to make their accounts more secure. After a year filled with all sorts of security news and privacy concerns, the new feature from Facebook is a welcome addition.