According to a CNBC report, Facebook is working on a free version of Workplace in order to sign up more companies to its service. The social networking giant will soon release Workplace Standard for free, while the paid version will be renamed Workplace Premium (via The Next Web). “We’re making Workplace work for more companies, so it’s a pretty big step for us”, said Facebook product manager Simon Cross. 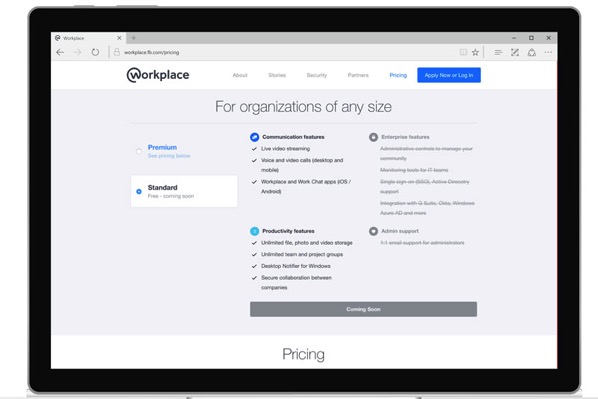 Workplace is similar to regular Facebook, but instead of connecting with friends and family, its users interact with co-workers. The free version, which is still being tested, will look and feel the same to users as the paid version, but will not offer companies the administrative and analytical tools available to paying subscribers. “Not every company wants to go through a full-scale enterprise deployment and not every company is in a position to pay for Workplace,” Cross added.

Customers wanted an easier way to sign up for Workplace and a version of the product that worked for smaller companies, across different verticals, in different parts of the world, said Cross.

Facebook has already signed up thousands of paying subscribers to Workplace Premium, which was launched in October last year.