For savvy users, text scam alerts may be easy to spot, but there will always be victims. The Federal government is warning Canadians about the latest text message scam, which fraudsters again pretending to be sending messages from the Canada Revenue Agency.

ALERT: Fake text messages claiming to be from 1 800 O-Canada are providing a link to pay money to the Canada Revenue Agency. These messages are fraudulent and do not come from us! 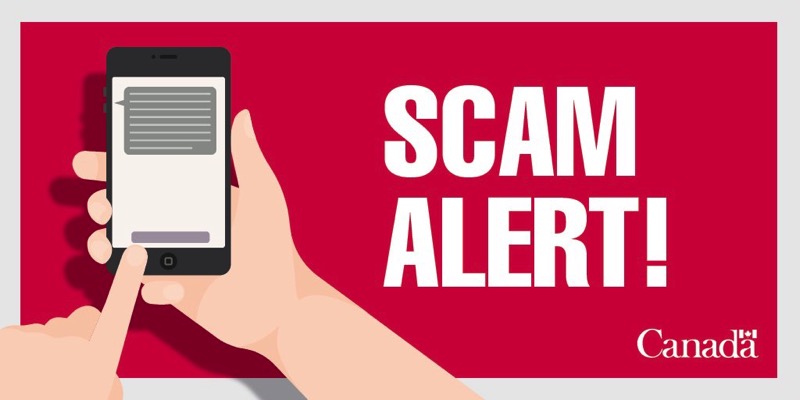 Messages originating from 1-800-O-Canada sound patriotic and with the inclusion of a link to pay money to the CRA, it can be easy to trick those who actually owe money to the government.

We’ve constantly heard about people falling victim to the CRA iTunes card scam, where people are told to buy iTunes cards after receiving a phone call from criminals pretending to be the government.

CBC News recently travelled to Mumbai, India, to investigate the origins of the popular CRA phone scam. In response, Public Safety Minister Ralph Goodale, said there was a “significant” investigation underway regarding the scam, which is apparently now one of the biggest cybercrimes in Canadian history.

The CRA says they will never send you a link asking you to divulge your personal or financial information. When in doubt, call the CRA to investigate, before heading to Walmart to buy $10,000 worth of iTunes cards.

Click here to learn more about how to spot scams and protect yourself.

Any shred of mystery Google was saving for its Pixel 7 series launch event on Thursday, October 6, likely dissipated when a detailed and legit-looking spec sheet for the two phones leaked online over the weekend (via 9to5Google). Apparently, a mobile carrier in Taiwan prematurely shared the spec sheet for Google's Pixel 7 and Pixel...
Nehal Malik
46 mins ago