Over 60,000 Canadians have been targeted by a popular phone cyberscam used to swindle unsuspecting or uninformed victims out of their money. 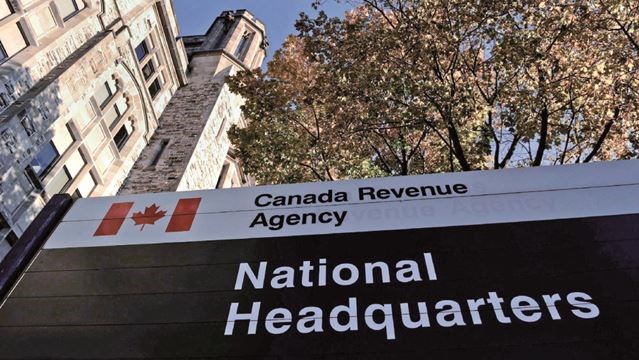 Thanks to an investigation by CBC, we might finally be getting to the bottom of one of the biggest scams targeting Canadians: the CRA cyberscam.

Scam artists frequently pretend to be representatives from the Canada Revenue Agency (CRA) in order to obtain a taxpayer’s personal information, including bank account, social insurance, and credit card numbers. The CRA has warned Canadians to be aware of these scams and be vigilant when using tax information.

Basically, fraudsters pretending to be the CRA have been calling unwitting consumers and telling them they owe money from a past tax return. The consumers are told they will incur additional fees, face jail time or be deported if they fail to pay the sum — by wire transfer, pre-paid credit cards, gift cards or bitcoin.

According to the report, those that carry out the scam are usually in their 20s and are veterans of Mumbai, India’s legitimate call centres, where English-language fluency and knowledge of Western countries is mandatory. If a scam is successful, they can make a typical month’s salary in just one night.

“The scam is especially lucrative for those at the top,” reads the report. “One of the few kingpins to be arrested, Sagar (Shaggy) Thakkar, was in the process of buying a private plane when the Indian police swooped in. Thakkar was swept up after a major raid that led to hundreds of arrests and prosecutions, after U.S. authorities got a tip and asked India to intervene in a similar IRS scam targeting Americans.”

After high-profile arrests such as these, scammers have become more agile, making their criminal operations smaller, “operating out of apartments or small commercial spaces that are easier to pack up and move. Fearful of being exposed, the masterminds often only hire those they know or those known to their existing staff.”

“Nobody contacted us from Canada. It doesn’t seem right,” he told CBC in an interview.

“Fraud is a global problem without borders,” the RCMP said in a statement. “By working with various municipal, provincial and national law enforcement and government partners, the RCMP is committed to preventing, detecting and deterring crimes that affect the economic integrity of Canada.”

The federal policing agency added that “the best way” to combat these types of crime is through prevention. “Public awareness is an important tool in preventing the victimization of Canadians.”