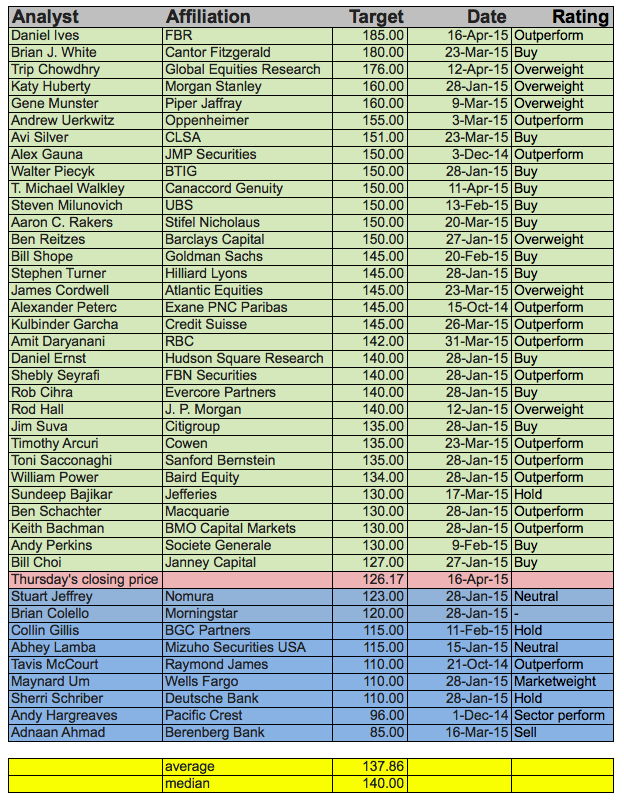 According to Fortune, Washington-based investment management firm FBR Capital has set a new market-high price target for AAPL of $185 per share, which is $45 above Wall Street’s median target and nearly $60 above yesterday’s closing price of $126.17 per share. This is the second time Apple’s valuation has hit $1 trillion, with previous valuation coming from FBR in September 2013, when the target was set at $75 per split adjusted share.

Our long-term confidence in this technology heavyweight,” they write, “stems from a number of massive growth opportunities over the coming years including: (1) increased focus on its services business, (2) ramping penetration of the Chinese mobile market, and (3) upside from new device categories (e.g., wearables).“We believe the Street is currently underestimating the top-line/profit growth potential in these key areas with Apple’s all-important software platform at the epicenter of its solutions. ”