Feedly Explores What their Apple Watch Would Look Like [PICS]

Feedly is our go-to choice when it comes to RSS readers and today the company’s designer and co-founder Arthur Bodolec shared what he imagines their Apple Watch app would look like, in a post made over on Medium.

The team has come up with some Apple Watch experiences on Feedly:

As for the viewing of stories, they note you would see first the title, engagement, source, image (if applicable) and a few lines from these story. 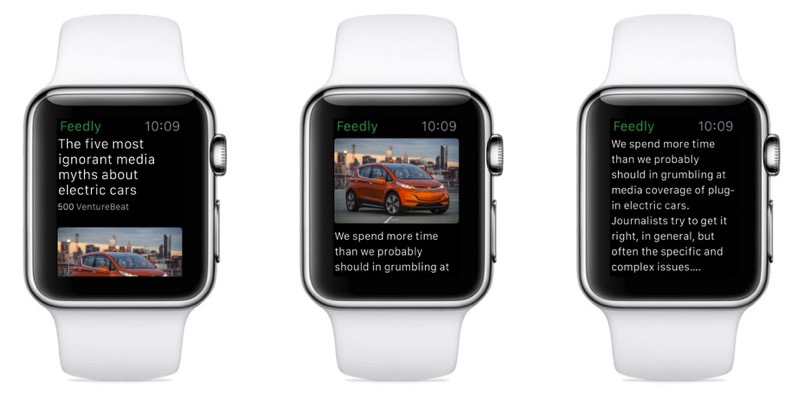 Users will be able to scroll each story and view a short extract from articles. When it comes to interactions, options available will include the ability to save a story for later access on other devices, tag a story, and to continue reading on iPhone via Handoff.

While this is just a concept of what an Apple Watch app for Feedly will entail, the company is seeking feedback from its customers. There’s no launch date yet for Feedly for Apple Watch, but it’s more of a teaser of what could be coming.

[caption id="attachment_389903" align="aligncenter" width="1146"] Image: Uber[/caption] Uber today announced the launch of UberX Share in Toronto, Vancouver, and Montreal, bringing shared rides back to these cities after UberPool was discontinued in 2020 due to the COVID-19 pandemic. "Shared rides have long been a rider favourite, from the spontaneous singalongs to meeting new friends and other...
Nehal Malik
55 mins ago