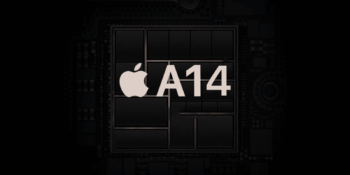 On Saturday, what appears to be the first Geekbench 5 results for Apple’s upcoming A14 Bionic chipset showed up online, shared by @UniverseIce.

The A14 Bionic is the latest and greatest in a long line of proprietary chipsets developed in-house by Apple that have consistently outperformed anything Qualcomm’s Snapdragon or Samsung’s Exynos chipsets have to offer.

The A14 Bionic is currently inside the new 2020 iPad Air, which has yet to be released but is coming in October. Some believe Apple is delaying the release to prevent benchmarks to leak, as this chip is believed to be powering the upcoming iPhone 12 lineup.

These scores are also miles ahead of anything a non-Apple device has to offer, with the closest being the Snapdragon 865-powered OnePlus 8 with a single-core and multi-core score of 898 and 3,280 respectively.

It will also serve you well to remember these scores are not from a finished Apple product — Apple is still working on optimizing the SoC for its devices, so scores from a finished product could very well be even higher.

We will witness the true power of the Apple A14 Bionic soon enough, as the SoC has been confirmed to power the upcoming iPhone 12, with additional reports of even the 2020 iPad Pro getting it as well.

Streaming service FuboTV announced on Wednesday it has launched three Disney channels within its Premium package. Available now are the Disney Channel, Disney Junior and Disney XD. According to FuboTV, these new Disney channels are part of the company’s partnership with STACKTV, which began last year and added Global, HGTV Canada, Food Network Canada, W Network, […]
Gary Ng
17 mins ago

Netflix has made good on its warning of an impending crackdown on account password sharing in early 2023, explaining its new rules in a Help Center article (via The Streamable). According to Netflix's estimates, more than 100 million users across the globe use another person's Netflix account to access the service. Netflix hopes that implementing...
Nehal Malik
43 mins ago