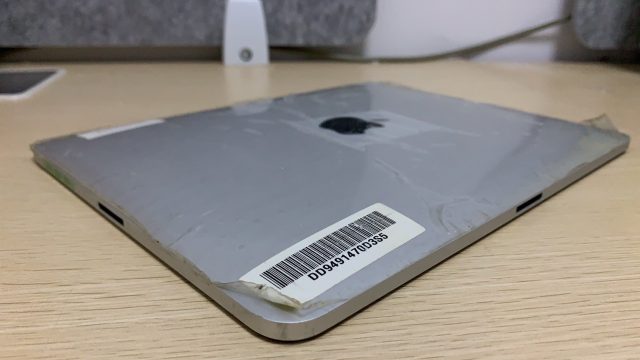 New images from a supposed first-generation iPad have appeared online. The images depict the device as having a dual 30-pin charging port docking system for portrait and landscape orientation.

The images were published on Twitter by user Giulio Zompetti a proclaimed collector of rare Apple devices. Zompetti posted three images of the device, two of which give a closer look at the first-gen iPad prototype’s ports.

Here is a detailed view of both the hardware interfaces. #AppleCollection #Apple #iPad #prototype pic.twitter.com/CcWWAUPcz9

According to Zompetti, Apple once considered releasing its first iPad with a dual docking system. The first dock was located at the bottom of the device, the same orientation still used on contemporary iPads. The second, however, was initially designed to be located on the left side of the device. Zompetti claims that at one point concurrent charging was supported.

As reported by AppleInsider, another first-generation iPad prototype was auctioned off on eBay back in 2012. That very same model showed early design aspects like the screen and the contoured backing. Zompetti’s device also depicts a rounded back to the device. This was later changed to a flatter design.

In addition to the cosmetic changed, Apple removed the dual docking system prior to release. As Zompetti states, the feature was removed in a later design validation test (DVT) stage of development.