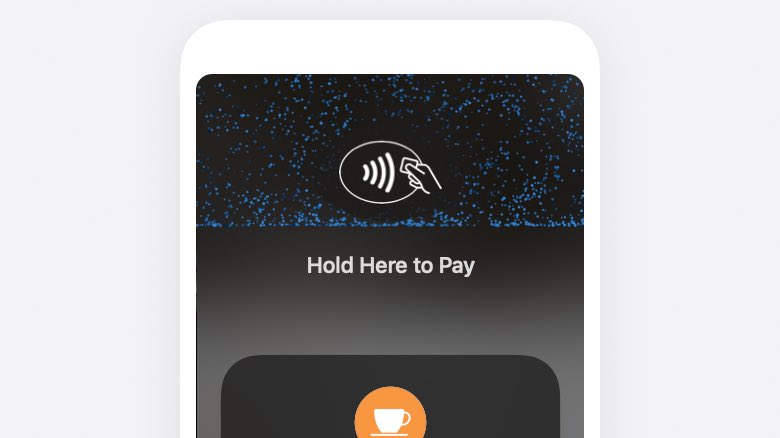 On Tuesday morning, Apple announced its upcoming Tap to Pay on iPhone service, set to allow merchants and businesses accept Apple Pay, along with contactless debit and credit cards, plus digital wallets right on an iPhone.

The Tap to Pay feature will leverage the Near Field Communication (NFC) chip in an iPhone XS or newer, allowing for seamless contactless payments, without the need for extra hardware.

With today’s release of iOS 15.4 beta 2 for developers, we now have our first look at the Tap to Pay interface, as discovered by Steve Moser (@SteveMoser).

Moser dug into the code of iOS 15.4 beta 2 to reveal the image above, which shows a contactless payments icon and the phrase, “Hold Here to Pay”. It’s unclear if this is a final design interface image, or just a temporary one for developers to test.

“Enter the Apple ID you’d like to use for your Apple Business Register account,” is what text is found in iOS 15.4 beta 2 code. “Hold your card or device to the seller’s iPhone and wait for the success sound,” says Apple, according to Moser’s findings.

Moser also adds, “users may need to remove passes from their Apple Wallet in order to make room for ‘Tap to Pay on iPhone’” feature. There’s a line in the code that says, “could not install Contactless Reader components due to insufficient secure memory space. Try removing some unused passes from Wallet,” along with wording, “Insufficient Secure Memory”.

Apple stated in its press release Tap to Pay on iPhone would be available for developers to integrate into their apps. An accompanying Tap to Pay iOS app will later be launched to let iPhone users accept payments, first starting in the United States (of course).