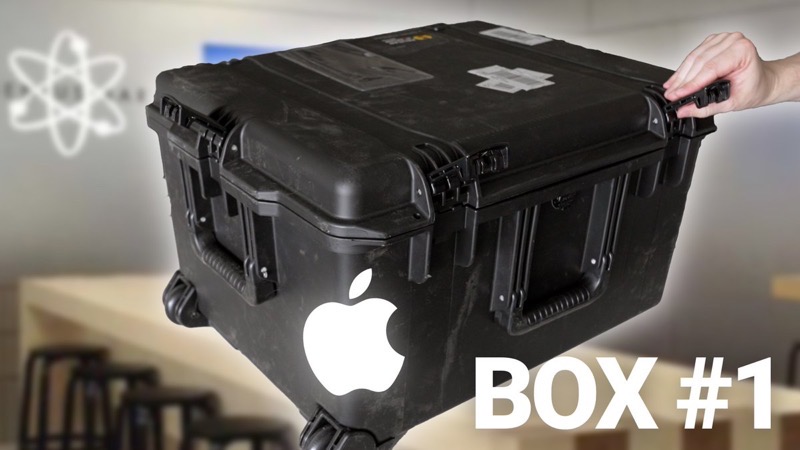 Apple launched its Self Service Repair program in the U.S. earlier this week, and now we have the first unboxing video of an iPhone repair kit.

Sam Kohl from YouTube channel iupdate ordered an iPhone repair kit from Apple to replace his iPhone 12 Pro display. What arrived after renting official tools from Apple for $49 USD were two heavy-duty Pelican cases with equipment inside that is essentially a Genius Bar for your home, says Kohl.

Inside the crates are the tools themselves with no packaging. For an iPhone 12 Pro display repair, what was delivered was a power cord for the equipment, consisting of a heated display pocket and removal fixture, display press, repair tray, battery press, screwdriver box, miscellaneous small toolbox, and the OEM display itself.

Kohl says he was surprised at the tools received but this is what Apple will offer for self service repair, to ensure customers can replace parts themselves the right way. He will be posting another video showcasing his iPhone screen repair with these official Apple tools, soon.

Below is an image of the tools Apple sends customers in the kit seen above, except for the unit on the far left:

U.S. Apple customers can buy parts for their iPhone 12, 13, and SE 3 and rent tools from Apple. Parts that can be replaced by a user include the battery, bottom speaker, camera, display, SIM tray, and taptic engine. Over the next year, the program will extend to M1 MacBooks, while also expand to Europe. Other markets and products will be coming soon, and likely include Canada at some point.