Apple sent out shipment notifications and UPS tracking numbers (at 2:57AM PDT/5:57 EDT) for those who ordered their iPhone 5s online on September 20 just after midnight. Orders are expected to delivery (in our case anyways) by October 1 and have left directly from China.

Below are the details for our 32GB iPhone 5s in gold. Notice the Apple email says delivers by October 3, but the UPS estimate says the 1st: 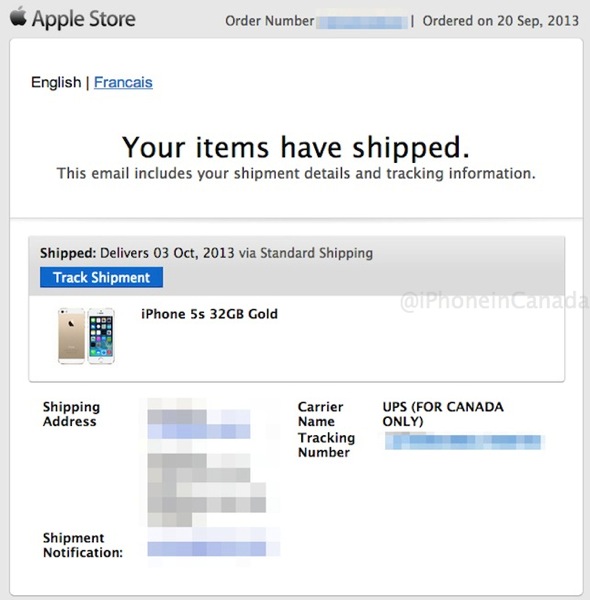 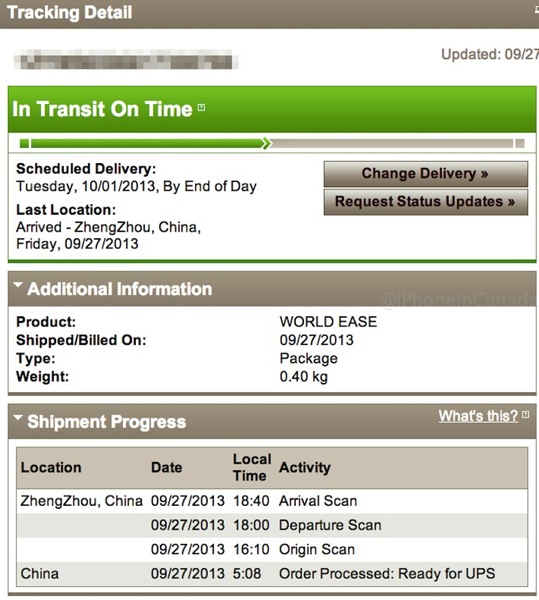 Initial order delivery estimates were cited at October 9-15 and then later pushed to October 10-16. It appears Apple has under promised and over delivered in this case. Has your iPhone 5s shipped yet?

Thanks everyone for the emails/tweets!