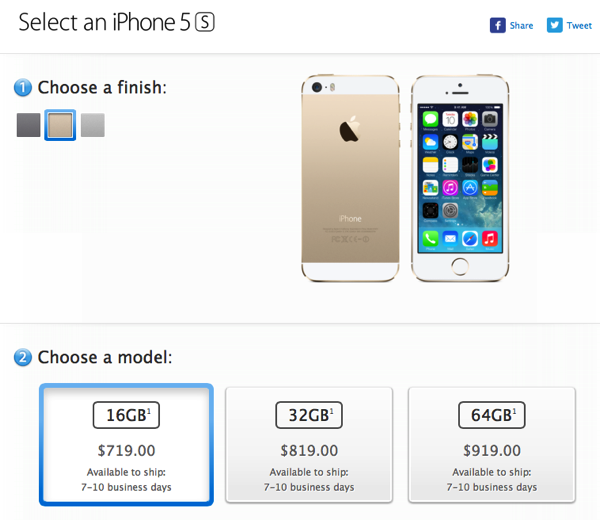 The moment you have been waiting for is now here, folks. Unlocked iPhone 5s orders are now live on Apple.ca. Since there was no iPhone 5s pre-order unlike the iPhone 5c, pent up demand for this device has reached an all-time high, especially after Apple retail stores in Canada declared low stocks all around to people lining up and word broke supply was equally as low worldwide.

Unlocked iPhone 5s prices are as follows in Canada for gold, space gray and silver configurations:

Shipping is at 7-10 business days, with an estimated delivery date between October 9-15.

The best way to place your order is through the Apple Store iOS app, as it seems to fare much better than ordering on the web.

Let us know if your order went through and what capacity/colour combo you went with!

Update: Wow. That was fast–all gold iPhone 5s models are sold out. Happened in less than 10 minutes.