In a recent interview with Re/Code, Fitbit co-founder and chief executive James Park has shared his thoughts about Apple, saying that even though the Cupertino company is a competitor, “I think about it differently”. When asked who he thinks is Fitbit’s biggest competitor today, he replied that the answer to this question has changed for him over the years. “Our direct competitors have struggled to compete with us”, he responded. 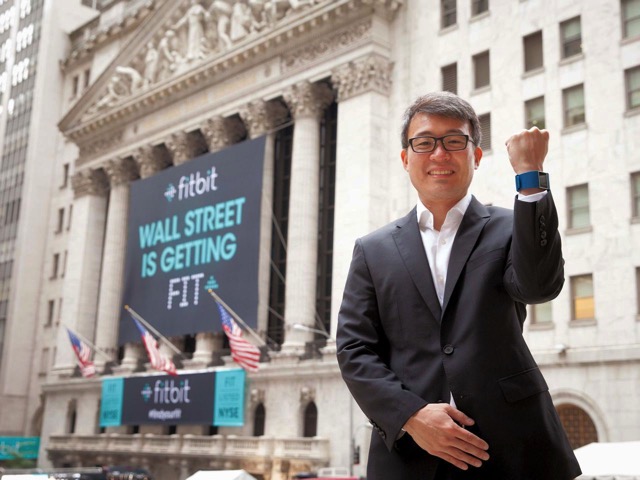 Below are some interesting Q&A’s from the interview:

Who do you see as your biggest competitor right now?

The answer has changed for me over the years. Our direct competitors have struggled to compete with us. … Apple is a competitor, but I think about it differently. When you think about over $200 billion dollars being spent on health and fitness products globally and they’re just getting started … I think consumer awareness around this is really new. So any company in this category has to invest in sales and marketing around it.

Have you worn an Apple Watch?

But you haven’t worn one?

Have you tried one on?

I have tried one on.

Are smartwatches and activity-trackers one and the same, though?

One of the biggest misperceptions about this category is that you can try to split it. I think over time there’s going to be more blending. A lot of our own products have merged features, like caller ID or different form factors … And I think you’ll see more of that.

Do you think a company like Xiaomi is a legitimate threat?

I mean, in general we respect all of our competition. In the case of companies like Xiaomi, it takes a lot of R&D to develop compelling products in our category. This year we’ll be spending $150 million across both hardware and software to make better products. Another thing is our focus. It gives us a distinct advantage. We’re not making stuff like smartphones or light bulbs.

Are you pleased with the optical HR tracking on the Surge?

But not everyone is.

One of your main competitors, Jawbone, just filed a lawsuit against you. Has Fitbit responded yet to the Jawbone lawsuit?

No. Nothing beyond the initial statement. I can’t comment on that.