Highlighted first in a video by the folks over at EverythingApplePro, a newly discovered Unicode text bug called ‘Black Dot’ being spread around with the following emoji: <?> ??,  is crashing all sorts of mobile operating systems and apps, including WhatsApp on Android and iMessage on iOS. 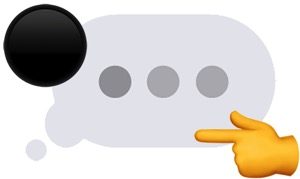 Apparently, the Unicode string contains thousands of hidden invisible characters, which churns through CPU cycles as the system attempts to process them. When this specially crafted text is sent through Messages, it results in repeated crashes when the recipient tries to read it.

Fortunately, the issue can be resolved on iPhones (6s and newer excluding iPhone SE) by following these steps to delete the conversation containing the message (via MacRumors):

For iOS devices which do not have 3D Touch, carry out these steps when you open iMessages:

The bug affects both iOS 11.3 and iOS 11.4 beta, with no official word on a permanent fix yet from Apple.