The independent monitoring organizations Openview and SCSA performed a second round of verification procedures at the three Foxconn factories between January 15 and January 25, 2013. They analyzed the implementation status of remedial actions taken. 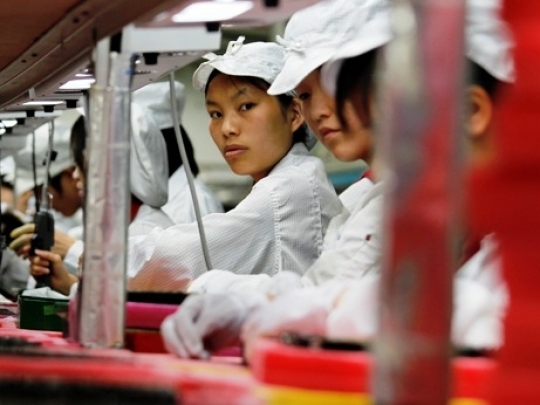 This was the second verification by independent assessors after Apple and Foxconn submitted an action plan based on the FLA’s recommendations. During the verification process assessors interviewed workers, conducted surveys and walked around the facilities. They found that Foxconn has completed 98.3% of the proposed action plan. There remain six action items that need to be implemented by July 1, 2013, one of them pertaining to hours of work.

During the second verification, assessors identified a series of additional issues such as insufficient lighting at some work stations and high noise levels in some areas. Both these issues represent a risk of non-compliance if not promptly addressed.

With respect to hours of work, FLA assessors confirmed that workers at the Longhua and Chengdu facilities worked between 40 and 60 hours every week of the period under review; the same was true in the Guanlan facility, with the exception of two weeks in September and one in October when working hours were between 40 and 70 hours per week. Foxconn has made significant progress in reducing hours to 60 per week (including overtime) consistent with FLA and Apple’s code standards, with the goal of reaching full compliance with the Chinese legal limit of 40 hours per week plus an average of 9 hours of overtime per week while protecting worker compensation.

The FLA concludes that both Apple and Foxconn continue to comply with the action plan and over the last nine months, steady progress has been made at three facilities employing roughly 178,000 workers. The most timely issue and focus of the assessors for the next three months is the hours of work.

Back in 2012, the FLA investigated working conditions at three Foxconn facilities and found major irregularities, with excessive working hours being one of the biggest issues. In their response, Apple and Foxconn have agreed to develop an action plan to improve working conditions and to comply with Apple’s code and Chinese law. The action plan consisted of 360 individual items, 33.1% of which targeted the Guanlan factory, 31.4% Longhua and 35.6% the factory located in Chengdu.