Apple has been sued by the creator of a mobile-device keyboard interface for the blind who says the company’s failure to police fraudulent knockoffs sold in the App Store penalizes honest developers. 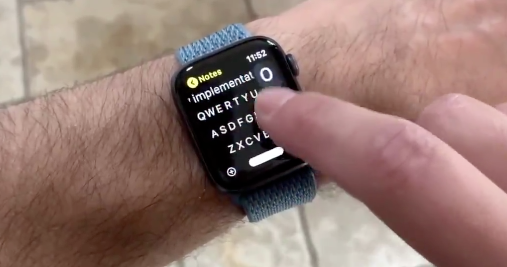 According to The Verge, Kosta Eleftheriou, a co-founder of the Fleksy keyboard app, has been calling attention to Apple App Store issues like fake reviews, ratings and subscription scams, as well as malicious clone apps, after his own app, FlickType, was targeted by scammers.

“Apple’s promise to help developers build, test, market, and distribute their products and grow their business through a secure, trusted, and accessible marketplace is just a facade designed to wrongfully entice developers to the App Store,” the lawsuit says.

One of the primary complaints made in the case is regarding the conversations held between Apple and Eleftheriou about acquiring FlickType for the Apple Watch. Other accusations include Apple using false advertising, breaching its contract with developers, and fraud:

In the complaint, Eleftheriou goes further into detail about what he claims is wrongful behavior from Apple, including alleged false advertising, breach of its developer agreement, and fraud. One notable claim involves Apple trying to acquire FlickType, after which Eleftheriou says he faced “roadblock after roadblock” to selling his software on the App Store. The complaint suggests Apple chose not to take action on scam and copycat apps in an effort to force Eleftheriou to sell his app to Apple. “Evidently, Apple thought Plaintiff would simply give up and sell its application to Apple at a discount,” the complaint reads.

Apple entices software application developers like Plaintiff to develop innovative applications with the promise of a fair and secure App Store in which to sell them. In truth, Apple systematically flexes its monopoly muscle against potential competition through the App Store and profits from rampant fraudulent practices. If Apple cannot buy a desired application from a developer on the cheap, Apple attempts to crush that developer through exploitive fees and selective application of opaque and unreasonable constraints against the developer.

At the same time, Apple permits other developers that Apple does not view as real competition, including scam competitors, to peddle similar, inferior products because Apple profits from their sales. Scammers oftentimes use screenshots and videos taken from legitimate developer’s applications and manipulate their ratings. Apple does little to police these practices because it profits from them. Apple then lies to its regulators by asserting that it must maintain its monopoly power over the sale of Apple-related applications to protect consumers, when, in fact, Apple lets them get ripped off and exploits the developers trying to deliver innovation to consumers.

At last, he accuses Apple of holding its users and developers hostage. He says that the company justifies its monopoly by claiming that it is necessary to protect its users from “unscrupulous conduct.”

“In truth, Apple turns a blind eye to rampant fraud and exploitation to make an easy profit,” Eleftheriou says.