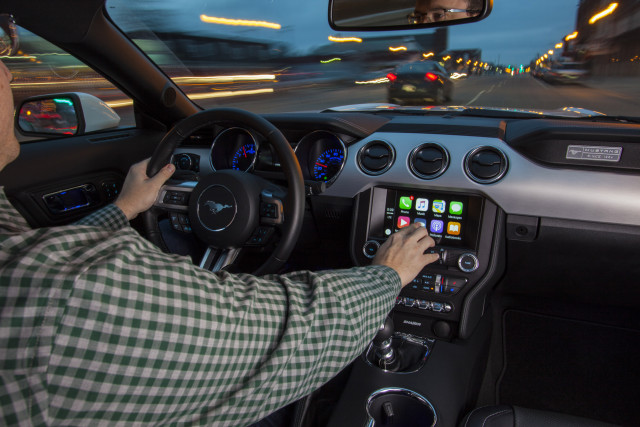 Alongside CarPlay support Ford is also adding new AppLink apps, such as AAA/CAA, the first app using available vehicle information such as GPS location and mileage. Members of the AAA in the US and CAA in Canada will be able to access fuel prices, locate fueling stations, and use the Here2there route planning feature.

The new SYNC Connect technology powered by 4G will give owners the ability to remotely start their vehicle, unlock doors, check fuel level, and locate a parked vehicle using their smartphone.

Back in December, Ford added Siri Eyes Free support to more than 5 million vehicles (dating all the way back to the 2011 model year) through a software update to its SYNC system.