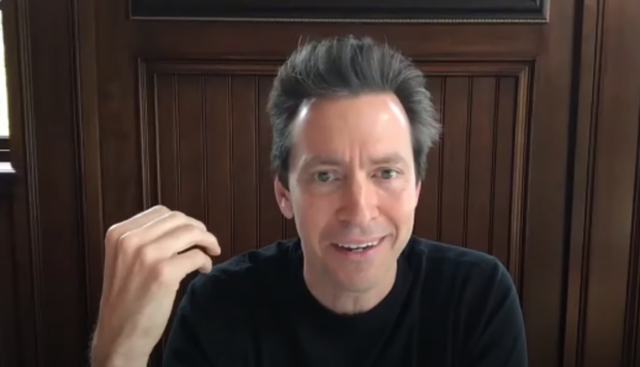 Appearing alongside Canadian Grammy Award winning rapper and songwriter Macklemore, Forstall, who once held the position of Senior Vice President of iOS at Apple and was a key player behind the creation of the iPhone and iPad, recalls an important moment from his career.

Looking back at his years working at both NeXT and Apple, Forstall recalls an interesting anecdote about interviewing at NeXT with Steve Jobs, and the interesting way in which Microsoft tried to get him over to their side.

When I finished my graduate work, there were two places I was looking. I was looking at Microsoft, where I had been an intern… And NeXT, the computer company that Steve Jobs had started when he left Apple. I was pretty interested in both. NeXT, I thought had amazing technology and amazing people. It did not have a lot of customers, unfortunately… I went to this interview they had set up, and it was an intense interview. I met with like seventeen people throughout the course of an entire day…and I was maybe ten minutes into this interview and Steve Jobs bursts into the room and he grabbed the person that was interviewing me and took them out to the hallway. They were having this really animated discussion, something was happening that was big. I was waiting and waiting and waiting for my interview to continue, and eventually I heard the door open and my interviewer came back in. But it wasn’t the person who had been interviewing me — it was Steve Jobs. He just started peppering me with question after question after question. After about fifteen minutes, we really clicked, on design, on philosophy, and on a bunch of different things. He stopped, looked at me, and said: ‘I know you have to interview for the rest of the day. I don’t care what anyone says. At the end of the day, I’m giving you an offer.’ And then he said: ‘But please, pretend you’re interested in everyone’s questions throughout the rest of the day.’ And then he looked at me and said: ‘I’m sure that you’re going to accept this offer.’

Now, I had an offer from Microsoft, so I called up Microsoft…and turned down their offer. And the next day, when I woke up and opened the door to my apartment, there was a box outside. I opened it up and it was a dead fish. It was this huge dead fish. I looked at the box and it had a return address — from Microsoft. This seems like a threat! I called up my contact at Microsoft and I said: ‘I’ve watched movies with the mafia, and I know that when you send someone a dead fish, you’re trying to scare them. What message are you trying to send?’ And they said: ‘No, no, no, no! We’re trying to convince you to come to Seattle to Microsoft. The moment you said no, we rushed down to the Pike Place market…’ and they bought the largest King Salmon they could find. They packed it in ice, and overnighted it to me…It was very funny, I cooked the fish that night on a barbecue, it was delicious. But, I ended up going and working with Steve Jobs for the next twenty years.

Check out the video below.