Fortune has today published its quarterly survey of Apple analysts, that includes forecasts from 59 Apple analysts, 38 Wall Street professionals and 21 independents. It appears that the Cupertino company’s Q3 2013 earnings estimates are down across the board, somewhere between -7% year over year to -29%, suggesting that nobody is expecting a blow-out quarter from Apple this time around. 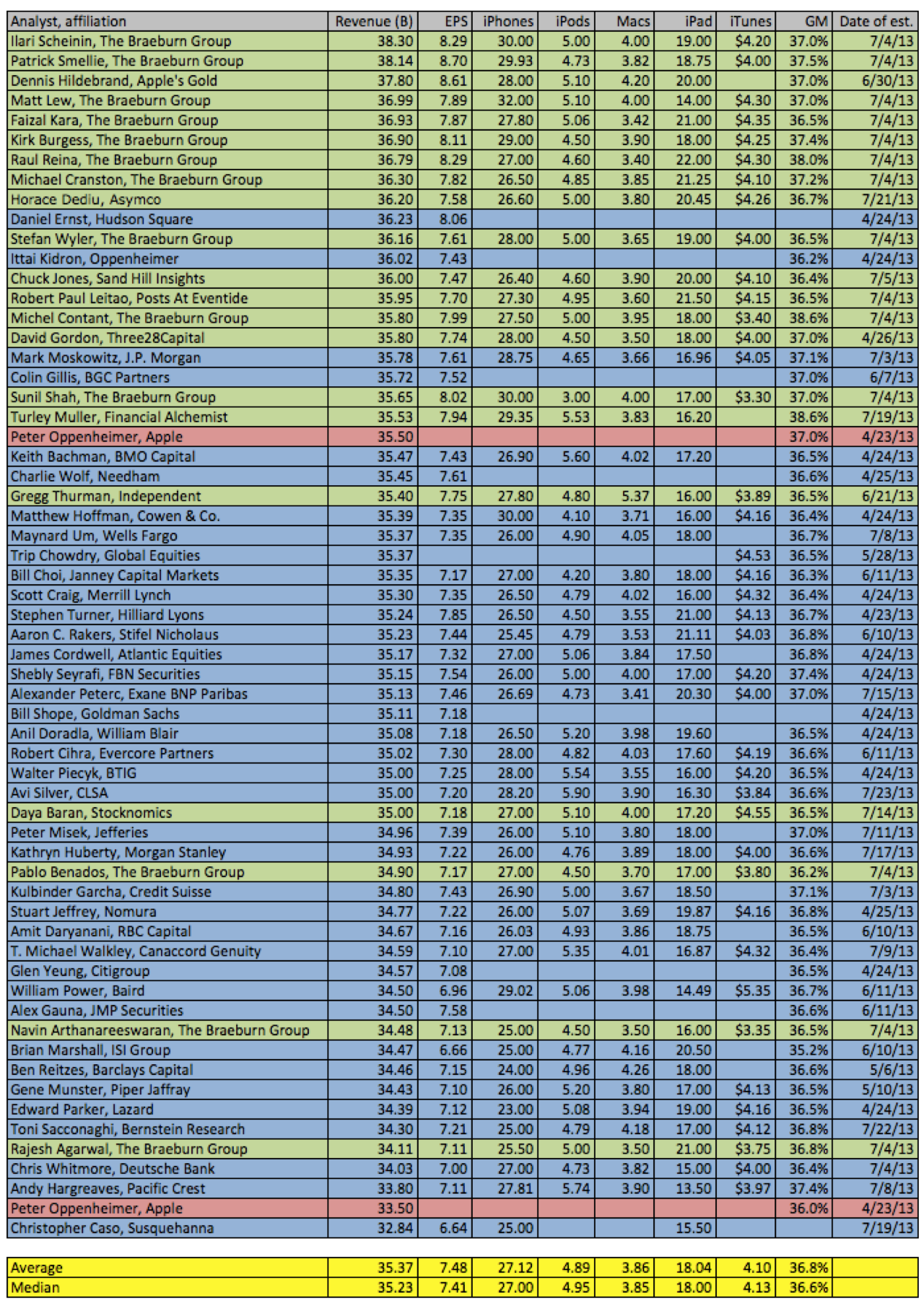 The above image shows individual analyst’s estimates, with the pros in blue, the indies in green and Apple’s high and low guidance numbers in red. We’ll of course find out who was closest to the mark in each category once Apple makes the official announcement.

“Most agree that revenues will be flat or down slightly, although there’s still a $5.5 billion gap between Caso’s $32.8 billion and the $38.3 billion submitted by the Braeburn Group’s Ilari Scheinin.

In general, the convergence we saw developing in Q2 has started to reverse. In April, the gap between the pros’ and the amateurs’ revenue estimates was just 1.3%.

Now they seem to be drifting apart again. The revenue gap for Q3 has more than doubled, to 3.5%. On earnings, the two groups are, on average, 7.1% apart.”

Apple reports its fiscal Q3 2013 earnings after the markets close on Tuesday.