According to a report published in the Chinese-language newspaper Commercial Times, Apple’s largest manufacturing partner Foxconn Electronics, is expected to receive an order of 90 million ‘iPhone 6’ devices from the Cupertino giant in April 2014, DigiTimes is reporting. The publication cites data from Citigroup Global Markets, which also indicates that Apple’s smartphone shipments are expected to rise almost 23% this year. 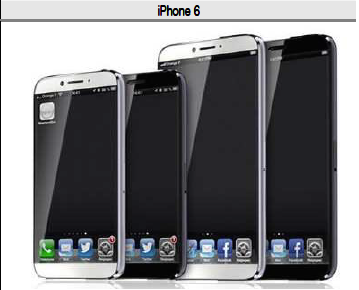 Apple is expected to get a significant boost in its yearly iPhone shipments with its next generation ‘iPhone 6’, notes the source. Last year, Apple saw a growth of 13% while this year, it is likely to post a 23% growth in iPhone sales, according to Citigroup Global Markets analyst Wei Chen.

However, the growth rate of global smartphone shipments is expected to slow to 28% in 2014 compared to 40% in 2013, while sales of smartphones in mature markets are likely to edge up only 4%, down from 5% a year ago, Chen added.

Earlier rumours have suggested that Apple will release two new iPhone models this year, both of them featuring bigger displays, bigger batteries and higher resolution displays.