Citing people familiar with the company’s plans, The Wall Street Journal is reporting that leading Apple supplier Foxconn is currently in talks with the kingdom of Saudi Arabia to jointly build a $9 billion multipurpose facility. 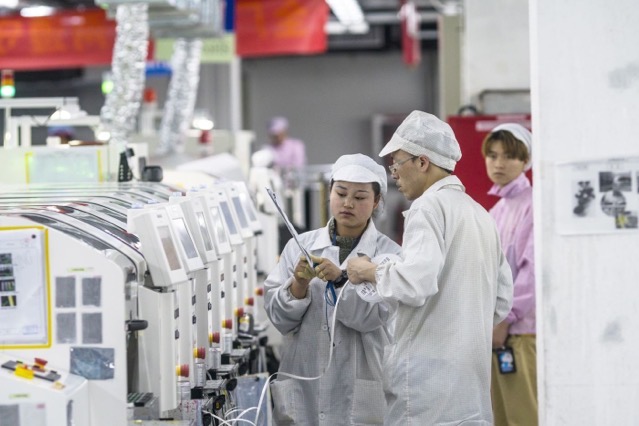 The factory will reportedly produce microchips, electric-vehicle components, and other electronics, such as displays. The Saudi government is said to be reviewing the offer to build a dual-line foundry for surface-mount technology and wafer fabrication in Neom, a tech-focused city-state the kingdom is developing in the desert.

While the Saudis conduct due diligence and benchmark the offer against others, Foxconn is also talking with the United Arab Emirates about potentially siting the project there, the sources added.

Riyadh wants the company to guarantee that it would direct at least two-thirds of the foundry’s production into Foxconn’s existing supply chain, one of the people said, to ensure there are buyers for its products and the project is ultimately profitable.

Foxconn is seeking large incentives including financing, tax holidays, and subsidies for power and water in exchange for helping set up a high-tech manufacturing sector in the kingdom.

The Taiwanese firm has been looking to diversify its manufacturing sites amid rising tensions between China and the U.S. that put it in a potentially vulnerable spot.

Twitter CEO Elon Musk on Saturday shared slides from a recent internal meeting where he detailed his plans for "Twitter 2.0." https://twitter.com/elonmusk/status/1596718851097755648 Musk has made it clear that he wants to turn Twitter into "the everything app" he has envisioned for quite some time now. According to Musk's presentation, Twitter is actually hiring right now....
Nehal Malik
37 mins ago