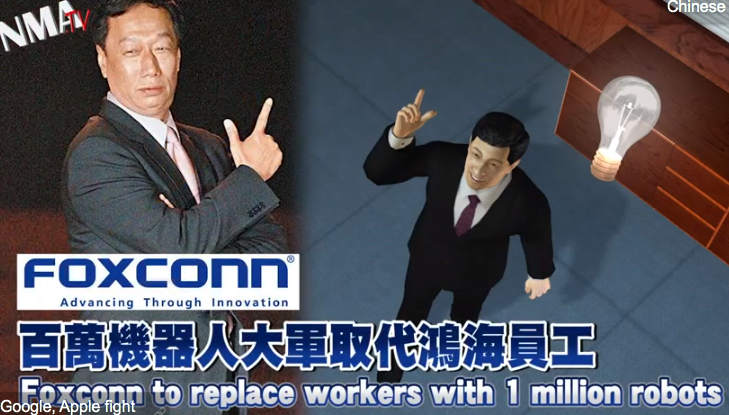 The latest report regarding Foxconn was their intention to employ 1 million robot workers to replace humans for certain tasks within their factories. The Taiwanese company helps supply Apple with their popular iPhone and iPad devices.

NMA.TV has animated a video with their impression of how the whole takeover will go down. NMA.TV is notorious for releasing over the top animated videos of current events. Their video re-enactment of Tiger Woods getting ‘saved’ by his wife when he crashed his SUV into a tree was one of their more famous hits.

Below is their video rendition of Foxconn’s CEO Terry Gou reacting to his new robot army:

[caption id="attachment_382288" align="aligncenter" width="1920"] Image: @OnLeaks and @Smartprix[/caption] Samsung's upcoming flagship smartphone, the Galaxy S23 Ultra, has just leaked in high-resolution renders that reveal its design and more. The leaked renders come from Smartprix and known tipster @OnLeaks. Samsung is months away from actually unveiling the Galaxy S23 series, which is being developed under the...
Nehal Malik
9 mins ago