Apple May Offer a Free Subscription to Apple Music with $1,000 ‘iPhone 8’ 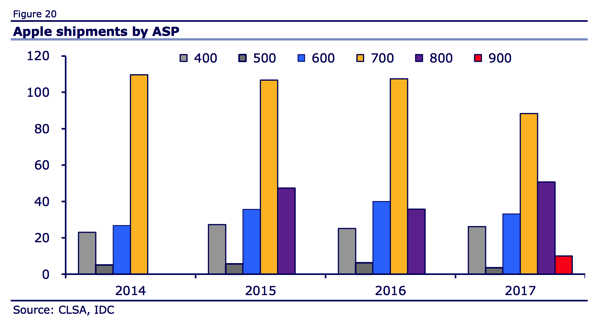 In a research note published earlier today, analysts from Barclays have predicted that Apple may bundle the upcoming ‘iPhone 8′ with its Apple Music streaming service and increased iCloud storage space, in order to convince its customers to spend $1,000 for the 10th anniversary edition iPhone (via Business Insider).

“The upcoming redesigned iPhone will likely sell for at least $1,000. That’s a substantial increase from previous iPhones. So Apple may need to include a sweetener with the iPhone 8 to convince people to pay the extra $300 (£233). Sure, the new phone will reportedly have a new design, larger screen, and facial recognition. But that price bump could be a stumbling block for a large number of customers”.

The analysts are speculating that Apple may include a free year of Apple Music and 200GB of iCloud storage with ‘iPhone 8′, which could make Apple $9.8 billion in extra iPhone revenue during the next year. This could not only convince more people to buy the expensive new iPhone, but could also introduce more people to Apple’s subscription services.

Barclays estimates that Apple would cover the cost of giving away the services through the increase in iPhone sales.”We estimate incremental profits generated from higher iPhone 8 sales could outweigh additional costs, achieving gross profit accretion of $1.3bn, despite 1.8 pts of margin % dilution”, wrote the analysts.