As last week’s WWDC, Apple unveiled its ultra high-end iMac Pro, calling it the “most powerful Mac ever made”, which is expected to start shipping in December at a starting price of US $4,999 (or CDN $6,735). However, should you choose to order a maxed-out iMac Pro, it is going to cost you well over US $17,000 (or CDN $22,550), as calculated by the folks over at ZDNet. 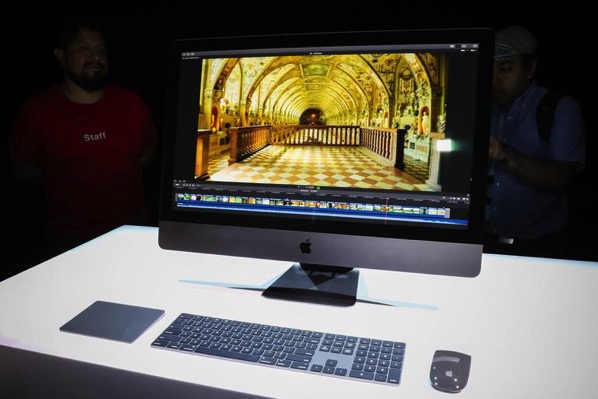 The base iMac Pro, which is nothing short of a beast itself, sports an 8-Core Intel Xeon CPU, 32GB of 2666MHz DDR4 ECC RAM, AMD Radeon Pro Vega 56 GPU with 8GB of HBM2 RAM, and a 10 gigabit Ethernet port. But certain professional users who need all the power they can get, might not settle for the base model.

Here’s how the source did the math:

That $4,999 price is only for the base iMac Pro unit. Apple hasn’t said what a fully-equipped maxed-out machine would cost. Personally, I’m kind of curious (and a little scared). Aren’t you?

I set out to reasonably, accurately price out what we can expect Apple to charge for the highest power computer they’ve ever offered. I won’t keep you in suspense. A maxed-out iMac Pro will probably set you back about $17,324.

As Canadian Tire turns 100, it is entering the world of virtual reality (VR) with a Virtual Tree Decorator and a limited-edition 100th-anniversary NFT. The Virtual Tree Decorator is a virtual reality experience that lets you experiment with Christmas tree decor online and bring your dream tree to life. You can design your magical Christmas...
Usman Qureshi
1 hour ago

Google has today announced another Pixel Feature Drop with updates across the Pixel smartphone lineup and the Pixel Watch. The updates are rolling out now on Pixel 4a through the latest Pixel 7 and Pixel 7 Pro. Here are all the new features coming to Pixel devices. New features for Pixel Phones VPN by Google One: Pixel 7...
Usman Qureshi
2 hours ago