The folks over at Unbox Therapy have just published a new video on YouTube, comparing two of the best 5G flagship smartphones on the market i.e. Samsung’s all-new Galaxy S21 Ultra and Apple’s iPhone 12 Pro Max. 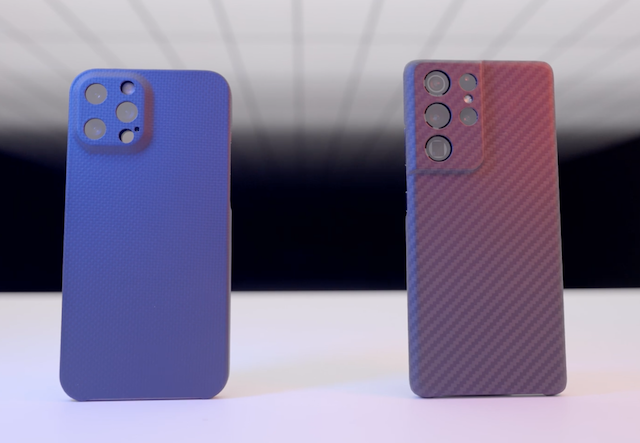 While the iPhone 12 Pro Max has been in the market for nearly 3 months now, Samsung has just debuted its latest flagship smartphone lineup with the Galaxy S21 Ultra being the top of the line model.

The Galaxy S21 Ultra sports Qualcomm’s new Snapdragon 888 chipset and features a 108MP main camera, a 12MP ultrawide camera, and two 10MP telephoto cameras, one capable of 3x zoom and the other of 10x zoom.

Check out the two flagship smartphones go head to head in the following video and share your thoughts with us in the comments section.