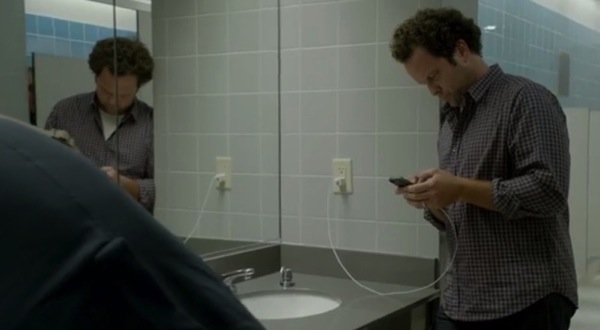 This morning Samsung uploaded a new TV ad to their USA YouTube channel taking a jab at iPhone owners, labelling them ‘wall huggers’. The hilarious ad depicts a typical scene found at airports where iPhone users are seen to be huddling around where any electrical outlet can be found to keep their device powered.

Meanwhile, Samsung touts their new power-saving mode and the option for a user-replaceable battery in their Galaxy S5 as advantages.

When Apple releases their rumoured 4.7-inch and 5.5-inch iPhones this fall, Samsung’s battery and larger screen size ‘advantages’ will erode. I wonder what they’ll come up with next.

In this week's edition of his Power On newsletter, Bloomberg's Mark Gurman reiterated that Apple is unlikely to hold another product launch event in October (via MacRumors). Back in August, Gurman originally reported that Apple could hold an iPad launch event in October after the tech giant delayed the release of iPadOS 16 to the same month....
Nehal Malik
5 seconds ago