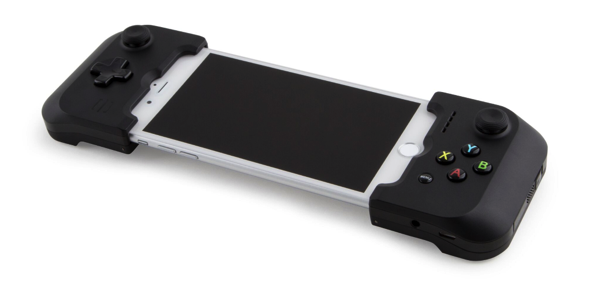 Playing games on your iPhone 7 or 7 Plus will become a much better experience with the new version of the Gamevice controller, at least this is what the MFi controller manufacturer promises.

The controller, announced today and spotted by 9to5Mac, was design specifically for the latest Apple mobile devices, and comes with a built-in headphone jack and Lightning port for charging.

But there is more besides the aforementioned features: To make the controller lighter, Gamevice has removed the batteries from the hardware, which now draws its power from the iPhone 7. The catch is that it draws no more power than headphones, according to the product description.

The new controller also features upgraded thumb sticks, while retaining the design of the popular first-generation model, including a folding mechanism which is neat when traveling. The second-generation controller will be available from January 31 at Apple stores, and online for USD$99.

Gamevice is also launching a controller for the iPad mini at the end of January, while the second-generation models for iPad Air and iPad Pro are already available through Apple stores.