Garmin has today introduced its first fitness-focused Vivoactive smartwatch at CES 2015, targeting the Apple Watch, the Fitbit Surge and other lead players in the smartwatch market. According to TechCrunch, the Vivoactive sure seems a “worthy contender”, packed with features like built-in pedometer, heartrate monitoring capability, GPS and a touchscreen colour display which is readable in sunlight. 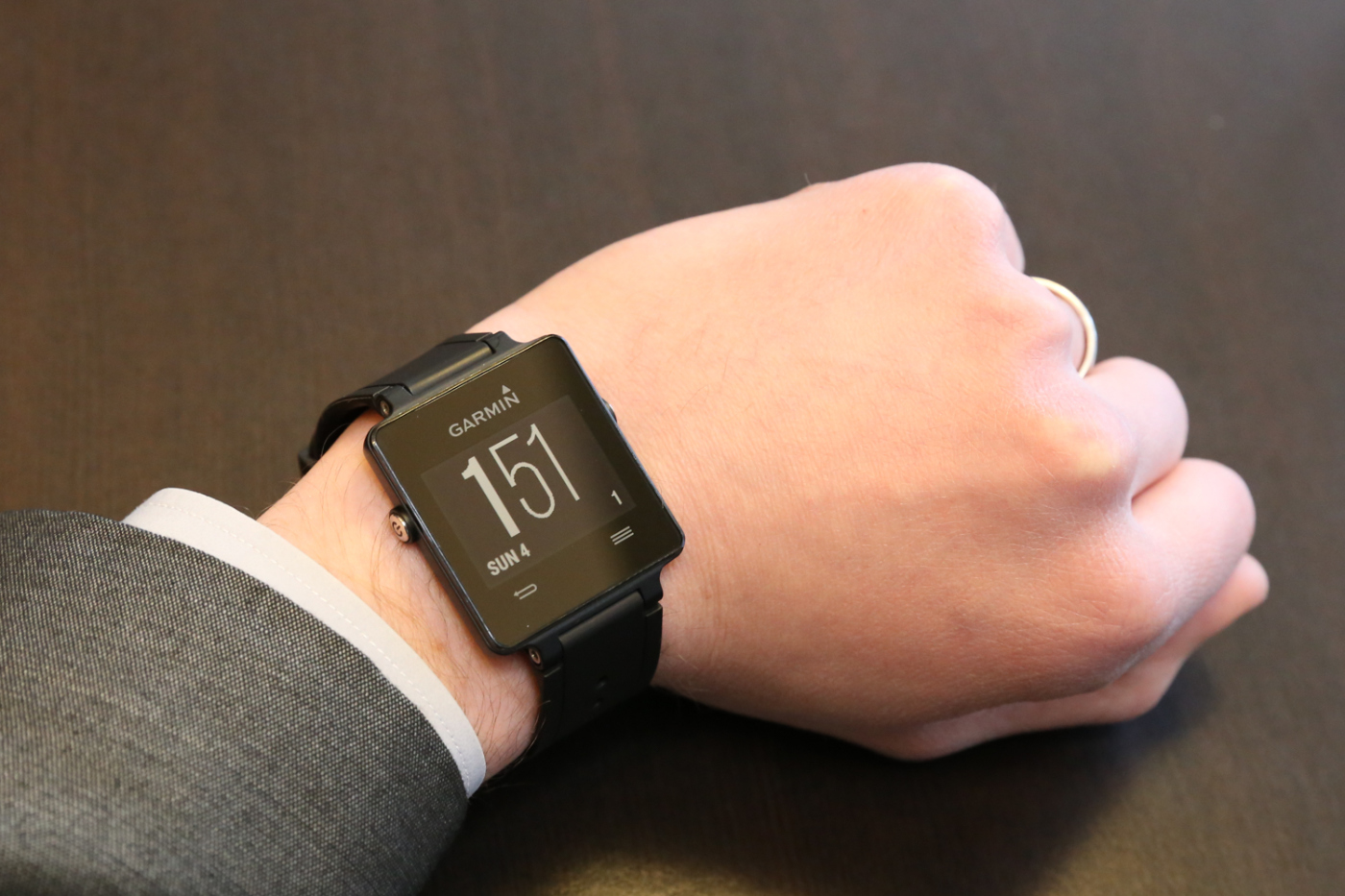 The $250 Vivoactive smartwatch ($300 with heart rate monitor) is Garmin’s latest product in its affordable fitness tracker line, which started with the budget-friendly Vivofit and the smartwatch-ish Vivosmart band. Garmin says that Vivoactive’s watch band is interchangeable, with different bands available for different activities. Not only is the overall design and functionality reminiscent of the MotoActive, the Garmin Vivoactive actually packs functions for golfers like the now-defunct MotoActive.

“The Vivoactive will compete directly against the Fitbit Surge smartwatch. While the products are priced the same, they’re several distinct differences. The Fitbit model packs an integrated heartrate monitor where the Garmin version requires a chest strap — a $50 add-on that’s likely more accurate too. The Garmin seemingly has a wider range of uses including a golf mode. Garmin is also rolling out Connect IQ to allow users to change the watch faces and add apps to the watch”.

The Vivoactive will begin shipping in Q1 with white and black color options.