Garmin has today unveiled a wearable cycling display at the CES 2016 in Las Vegas, that warns you about cars coming behind you. Called ‘Varia Vision’, the headset not only gives you vital cycling data such as directions, notifications and performance, but teams up with the Varia rearview radar to warn about traffic behind you (via Engadget). The headset isn’t cheap however, and will be available for US $400 when it ships later this year. 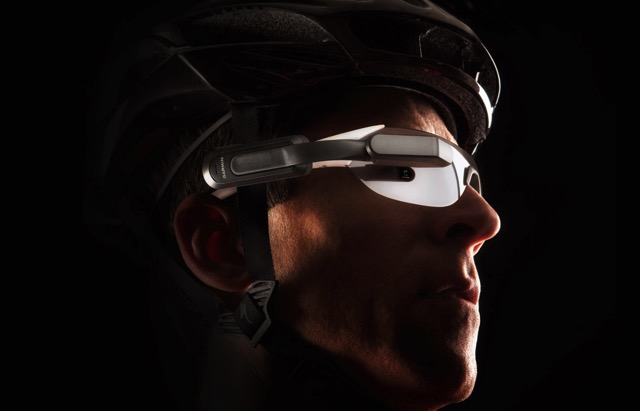 While many cyclists already have tiny computing devices on their handlebars, it can be dangerous and cumbersome to look down when you’re riding in traffic. You might also miss some key information, such as directions. With the Varia Vision, your information is directly in your line of sight. You get data, turn-by-turn directions, notifications from your phone and more.

According to TechCrunch, the user interface of Varia Vision resembles that of the Google Glass. There’s a tiny touchpad on the side so that you can scroll through menus. It has an integrated ambient light sensor and is waterproof. It can also vibrate to alert you. The battery is expected to last up to eight hours.